An important center of cultural activities

The origins of the Library date back to 1758, when the archdeacon Sallustio Bandini donated his library (2,886 volumes) to the University, to finally provide it with an appropriate space for books, hitherto non-existent despite several attempts carried out to build it.

Bandini included between the conditions of the bequest the public use of the library and the donation gave birth in the premises of the Sapienza to a pole of cultural attraction of great importance, not only for the significance of the donation, but also for the museum, given the interest long cultivated by the librarian Ciaccheri of collecting drawings of the “primitive” Sienese, with a new and deeper attention to the artistic culture of Siena.

The Library owes its name of Itronati to Fabio Bargagli Petrucci who, in 1932, attributed it to the institute in memory of the literary academy that had occupied the same premises from 1722 to 1802. 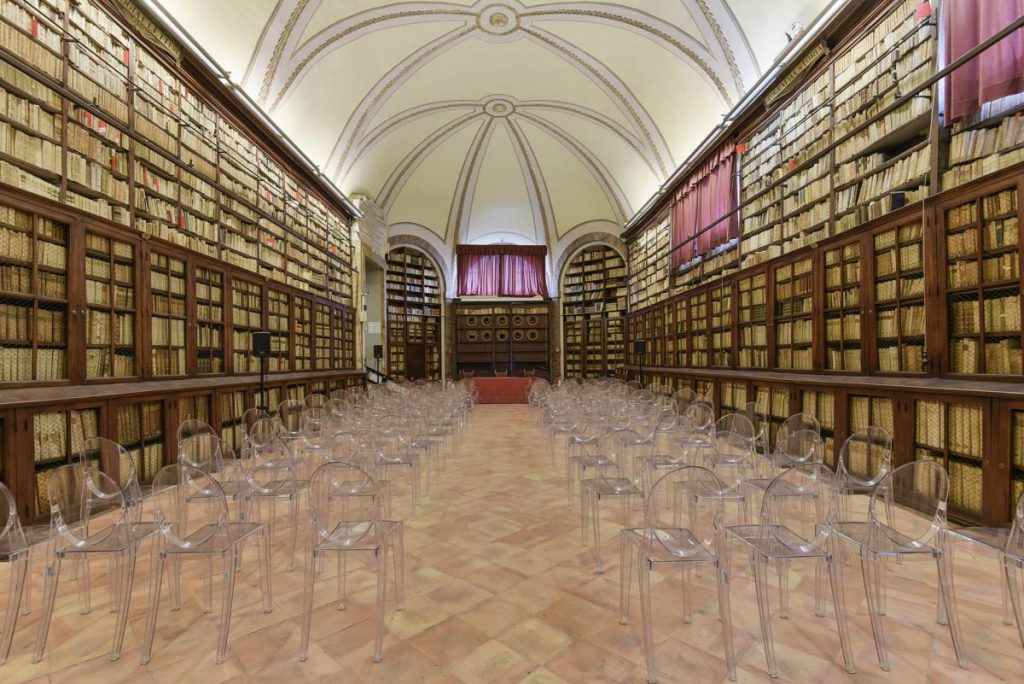 In 1999 the new section for periodicals and newspapers was inaugurated, in 2001 the consultation room for manuscripts and ancient books, in 2006, in the ancient Vicolo della Sapienza (alley of wisdom), a new “open shelves” public library and the library for children were opened. At the same time, it was possible to entirely rationalize the premises intended to deposit books. In 2011, finally, the Cabinet of drawings and prints was inaugurated.