Its history explains its special loveliness

To understand the special loveliness and the grand effect of the Piazza del Campo – also famous as the site of the Palio di Siena, on 2nd July and 16th August every year – on everyone who sees it, you need to know its story. The “snail-shell” shape, as it is usually described, comes from its origin as a simple, steep area where the streets of the old city converged. The need to organise the space, as a place to house merchants and public festivals, caused the various governors of the Republic of Siena to rearrange it over time, to the point that by the end of the thirteenth century statutes had been passed obliging palaces to have only double or triple lancet windows facing onto the piazza. 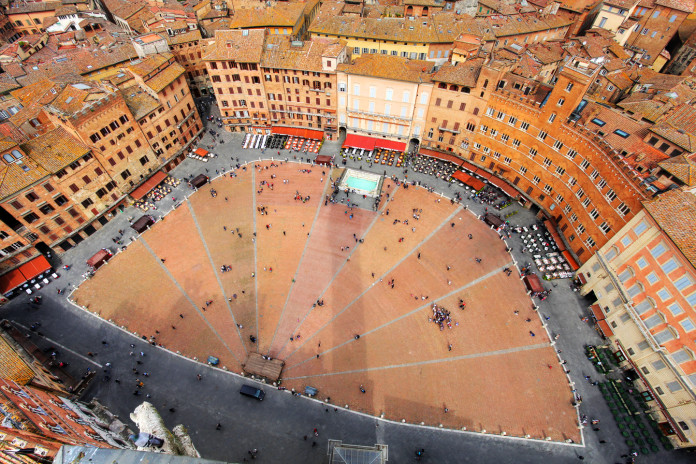 Later came the idea of making the piazza a space that was independent of both ecclesiastical and noble power, with the building of the Palazzo Pubblico as the seat of the Governo dei Nove (Government of the Nine) of the Republic of Siena and the subsequent construction of several noble palaces that neatly follow the route of the Via Francigena.

After that came the progressive decoration and improvement of the piazza, with the paving of bricks laid on edge dating from 1347. The outer part of the Piazza is built of sandstone and during the Palio it is covered in travertine. 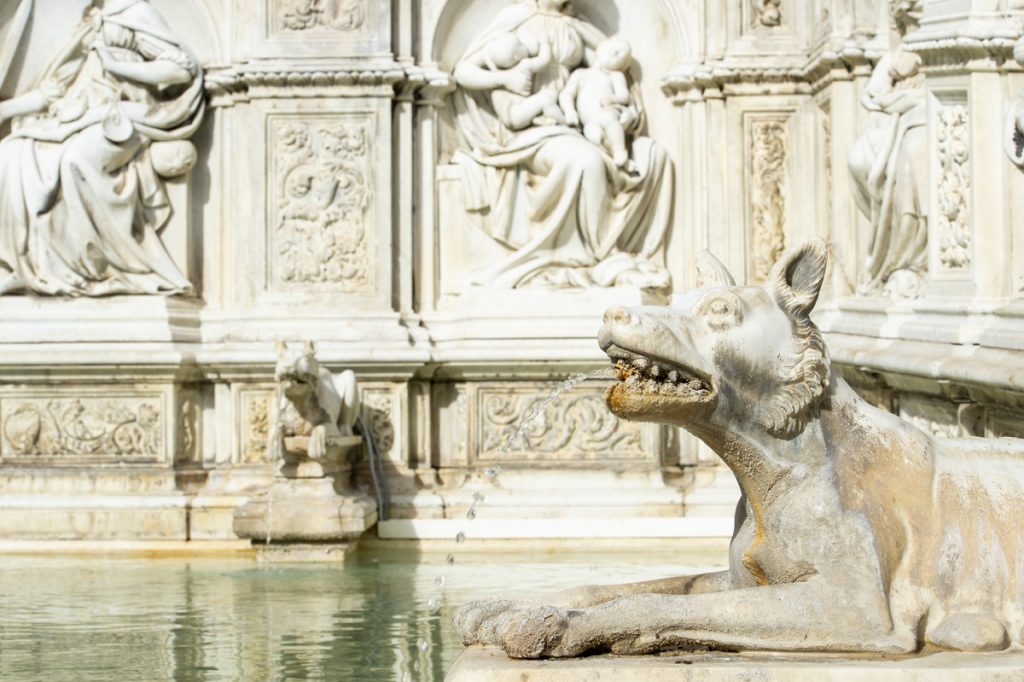 In 1419, Jacopo della Quercia sculpted the Fonte Gaia, which is now in the Santa Maria della Scala museum, replaced by a nineteenth-century copy by Tito Sarrocchi. The fountain is of white marble surrounded by wrought-iron railings. According to tradition, it was given the name “Gaia” to record the great rejoicing of the Sienese when water first arrived in the piazza after nearly ten years’ excavation to create a “Bottino” – a very long, barrel-vaulted underground aqueduct, which can still be visited (by appointment). At the lowest point is the “gavinone”, the drain for the run-off water, now decorated with a sculpture in the shape of a shrub by the Sienese artist Massimo Lippi. 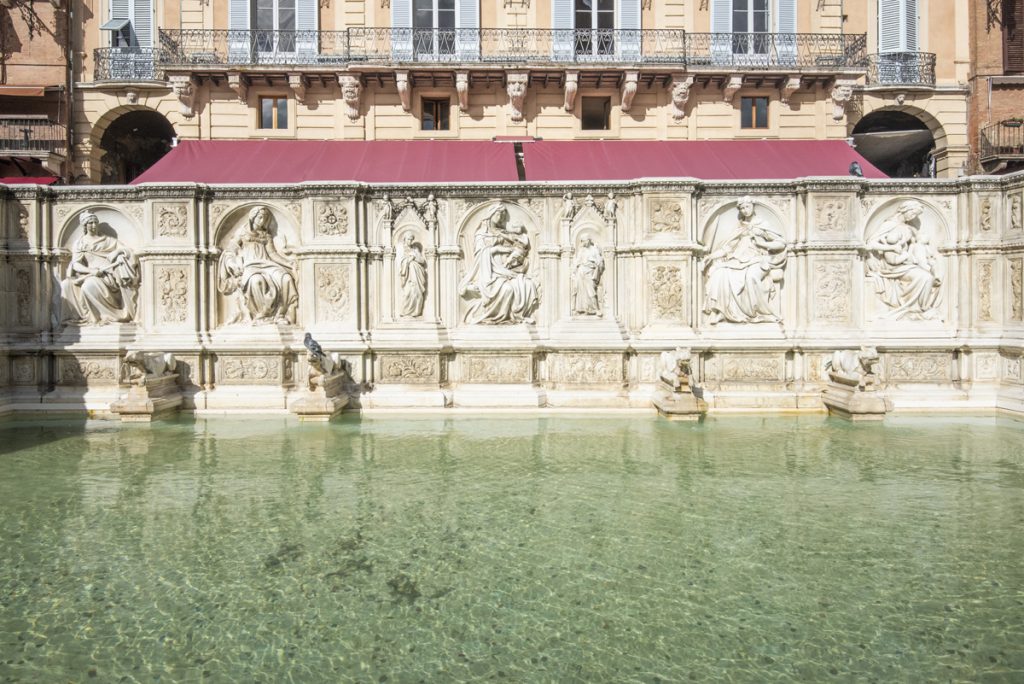