The mediaeval village of the Merse Valley

Chiusdino is a wonderful mediaeval village in the Valle di Merse among the Colline Metallifere. It was originally built during the Lombard domination of Tuscany between 568 and 569.

The village still has its mediaeval appearance and some sections of its double walls, and you can also see mediaeval buildings such as the presumed house of San Galgano (Galgano Guidotti), where it is believed the saint was born around 1150. 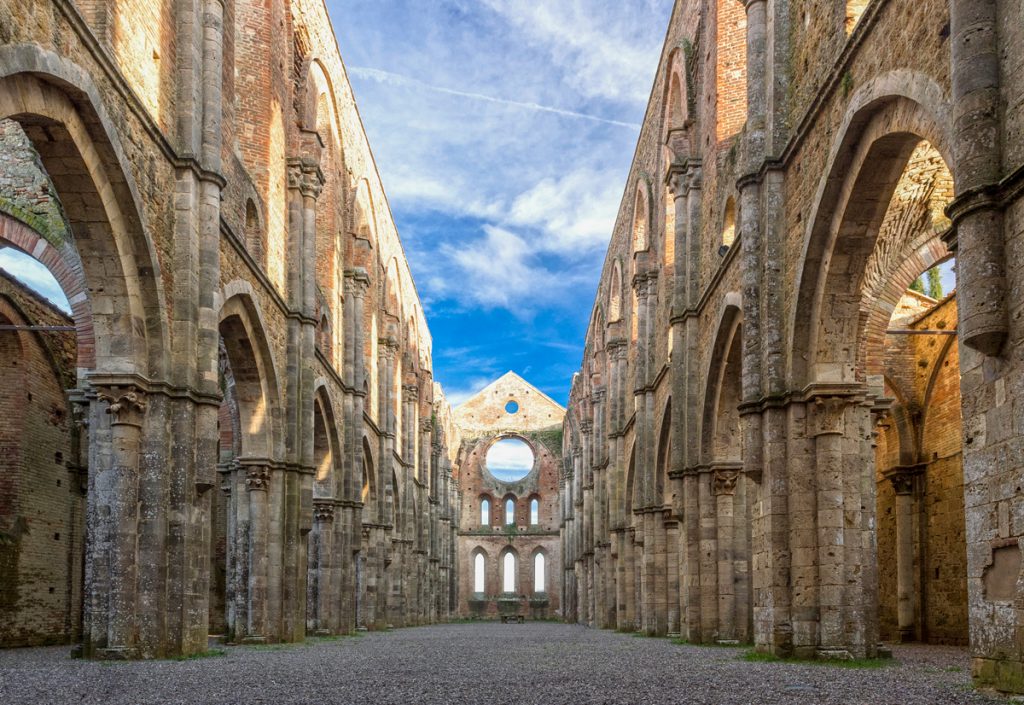 Among the religious buildings of the village are the Propositura (Rectory) di San Michele Arcangelo, near the house of San Galgano, the church of San Martino, described as “fuori le mura” (outside the walls), and the Chiesa della Compagnia di San Galgano, in which you can see the bas-relief showing San Galgano sticking his sword into the rock.

Speaking of the sword in the rock, the legendary Cistercian Abbey dedicated to San Galgano and the Eremo (Hermitage) di Montesiepi are in the Chiusdino area. The “roofless” Abbey was one of the first and most imposing examples of Romanesque and Cistercian-Gothic architecture in Italy and, along with the Montesiepi Hermitage, is one of the most important religious-monumental complexes in the Siena area. 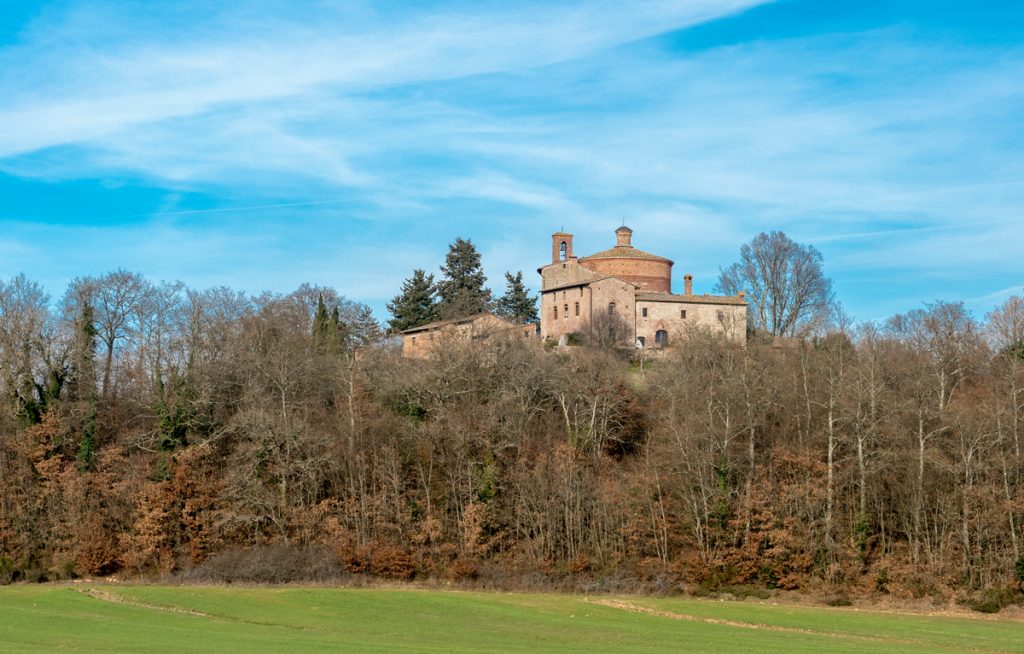 In the Chiusdino area, other places worth a visit include the village of Frosini, the ancient castle of the Conti della Gherardesca and the tiny hamlet of Luriano e Castelletto, as well as the castle of Montalcinello.