Between hills and nature reserves

Nature, history and tradition are the three characteristics of the magnificent area around Monticiano, a solitary mediaeval village surrounded by wild countryside. Monticiano rises out of the colline senesi (Sienese hills), a natural and unspoilt region, watered by the Merse and Farma rivers, which form two nature reserves, the Torrente Farma and the Merse, perfect for long walks and outdoor trips.

A few miles from the two reserves are the Terme (thermal springs) of Petriolo, a very rare example of “fortified thermals”. The remnants of wall were in fact part of the ancient Castle of Petriolo, a defensive structure built to protect the spring and the baths, which were considered so useful and precious that they could not be left to the mercies of the various local potentates.
Monticiano is not only a place of well-being but also a place of splendid outdoor artworks, with two museum parks: one contains over 50 installations by the Swiss Kurt Laurenz Metzler, while the other, named after Roberto Ciulli, has a collection of sculptures by international artists.
In the village of Camerata you can visit Gothic Church of Sant’Agostino, one of the most ancient hermitages of the Augustinian order. The Church of San Lorenzo at Merse and Tocchi castle are also unmissable. 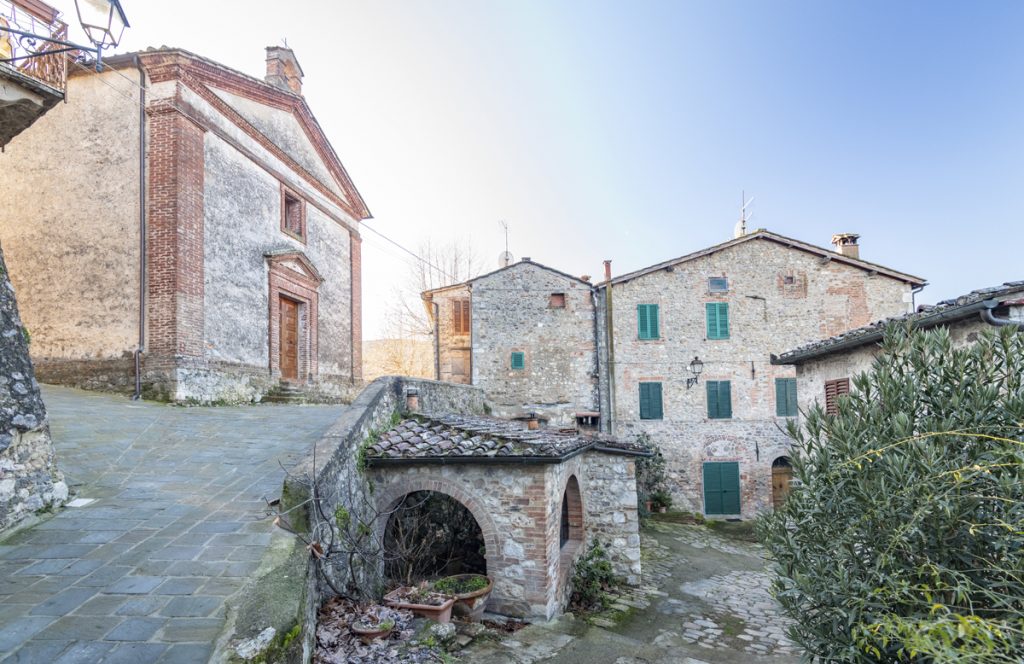