A unique product of historic origins

Cinta Senese has very ancient origins in Tuscany. Proof of this is the work of art called gli Effetti del Buon Governo (The Allegory of Good and Bad Government) (1338-40) by Ambrogio Lorenzetti, located in the Museo Civico in Siena.
The types of meat and salami obtained from this animal have contributed significantly to the improvement of living conditions in the Siena region. You can even find them represented in the medical manuals of the 14th century: the fat of the animal was likely valuable not only as food, but also for the preparation of creams and ointments.
The high quality of the cinta senese meat, as well as its ancient breeding tradition in Tuscany, has allowed breeders to organize themselves in the “Consorzio di Tutela della Cinta Senese” (Consortium for the Protection of Cinta Senese), and to obtain the Protected Designation of Origin (DOP in Italian).
The product Cinta senese is very particular pig, its main feature being its black skin, cut through the middle by the distinctive white stripe (as if it were a belt, or cinta), going around its chest and shoulders.
The meat features a high presence of marbling fat, and a low level of liquid loss during cooking.
During the conversion into sausages and cured meats, its organoleptic properties emerge, which are what make it truly excellent. 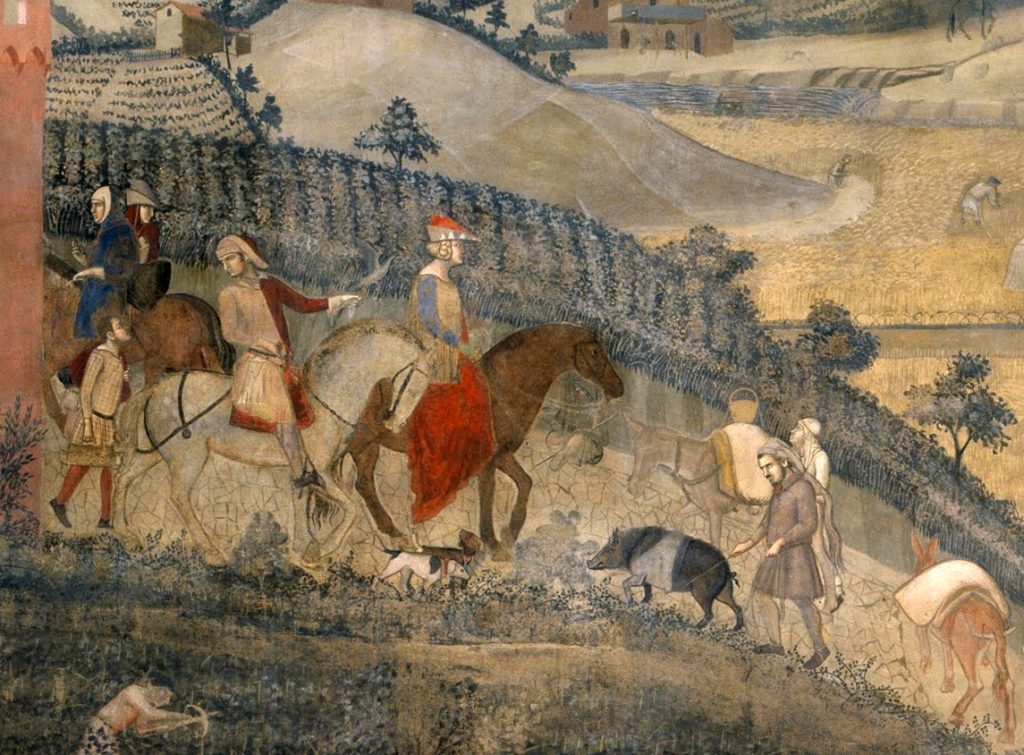 All products deriving from Cinta Senese carry the consortium label “product obtained from Cinta Senese D.O.P. meats” and the progressive numbering that is used serves as a tool for traceability.
Cinta senese is bred in the wild and semi-wild; it lives in absolute freedom in the Tuscan woods or in the grassy expanses from which it derives its sustenance, feeding on acorns, grass, berries and cereals. It is precisely its diet that brings out the unique characteristics of its meat, as well as its particular taste.
Gastronomy
Cinta Senese DOP meat is ideal for roasts and ragu, but finds its greatest use in traditional cured Tuscan meats, such as rigatino, salami, capocollo, prosciutto and guanciale.