3.4 Shop signs: advertising from the past

You can still find a variety of mainly nineteenth-century ornamental signs and objects in the city that speak of an older Siena when, for example, a dentist publicised his services with a sculpture by a well-known artist. This route takes you through the city’s streets in search of past activities, among the stories and curiosities of life in historic Siena.

Tasteful signs, decorations and artistic lamps were designed to persuade the many travellers to buy products made by Sienese craftsmen or to have a pleasant stay in the city. The local Istituto di Belle Arti (Fine Art Institute) contributed enormously to this artistic endeavour, as it was the training-ground for young painters, sculptors and designers. 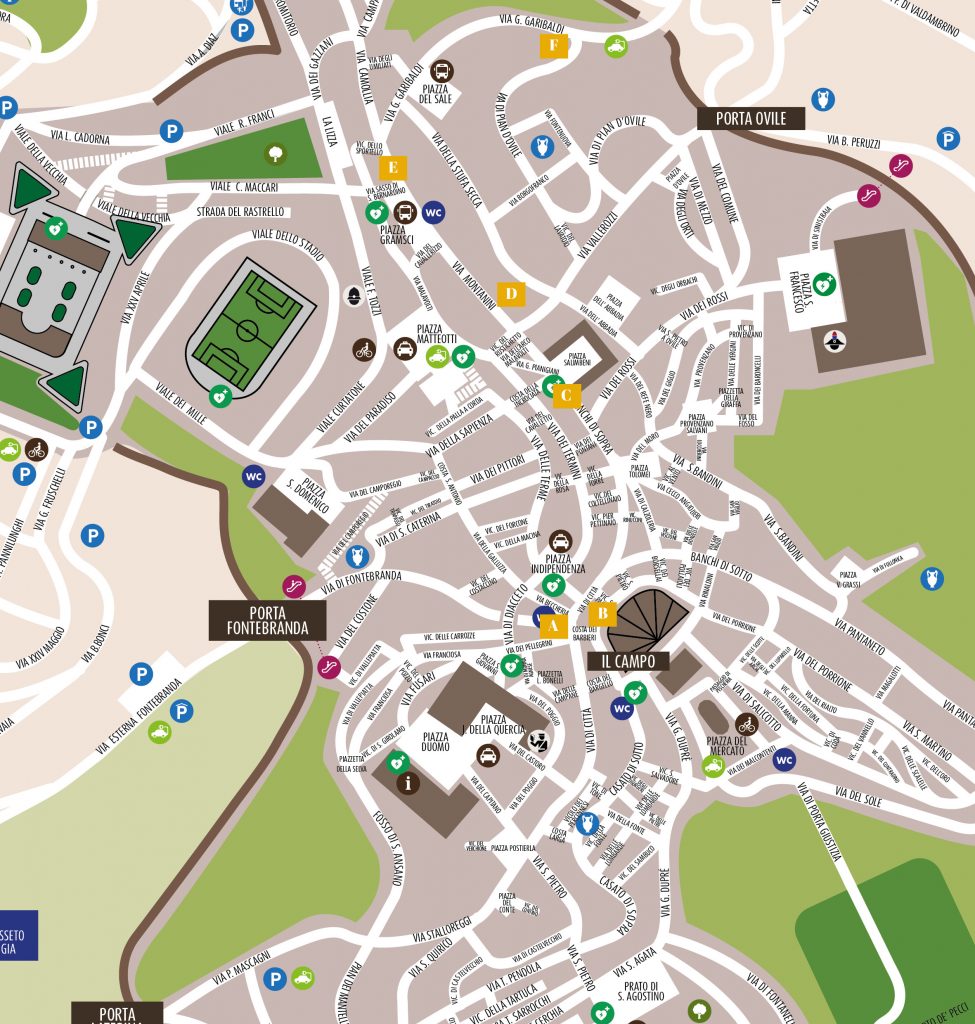 Paolo Lombardi was the first photographer in Siena. In 1849 he started his business in the Palazzo alla Costarella dei Barbieri, where you can still see the wrought-iron shop sign and his original furnishings. A landscape and portrait photographer, he took a famous shot of Giuseppe Garibaldi in his studio on the third floor of the building. As the “hero of the two worlds” could not get there on his own, he was carried up in a chair by strong Sienese lads. 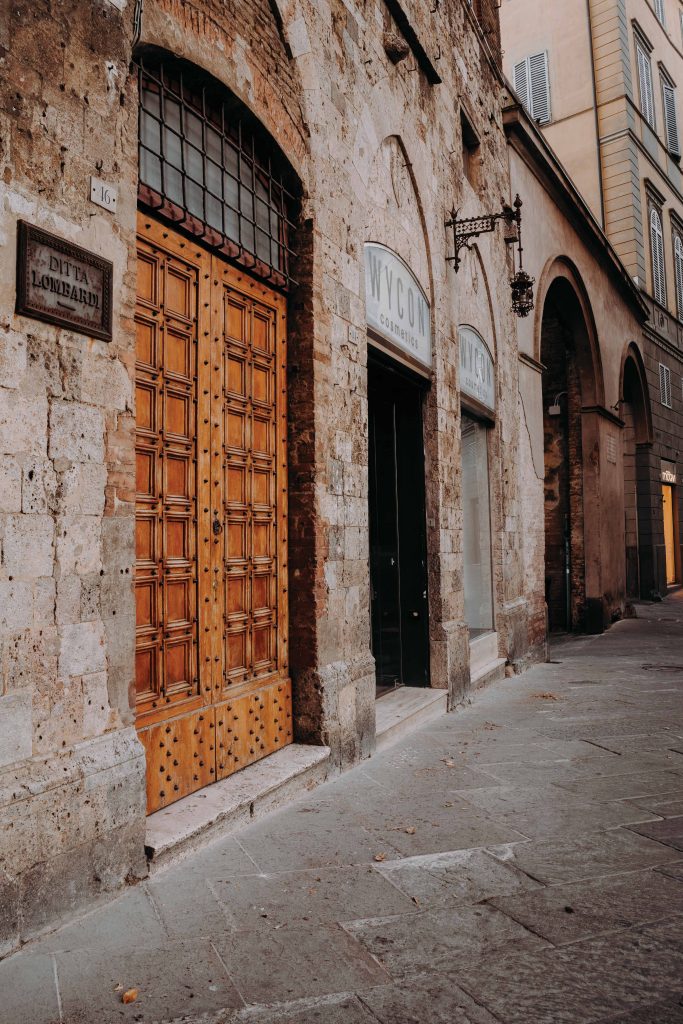 The marble medallion that stands out from the façade of the building in Via di Città publicised the activities of Umberto Gregori, a dentist active from 1890 onwards. For his shop sign, he commissioned one of Siena’s most famous sculptors, Guido Bianconi, a pupil of Leonardo Bistolfi.

Bianconi created the medallion around 1914 in a very fresh and lively style. It shows two little cherubs, one treating the other’s tooth. The sculptor’s signature is on the pad at the base. 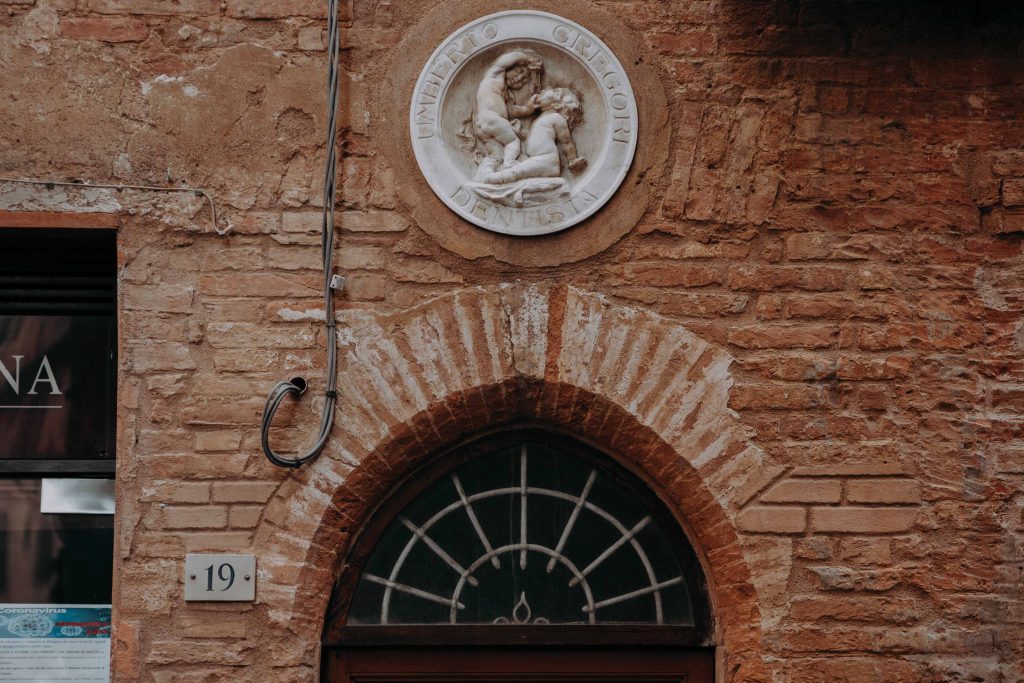 Opened at the end of the nineteenth century in the Palazzo Gori Pannilini, it has several priceless frescoes dating from the fifteenth to the seventeenth centuries; the ballroom is particularly notable, with trompe l’oeil frescoes by Antonio Colli, who was taught by his father, Pozzo.

Outside you can also see an imposing wrought-iron lantern that welcomed travellers at the hotel entrance. 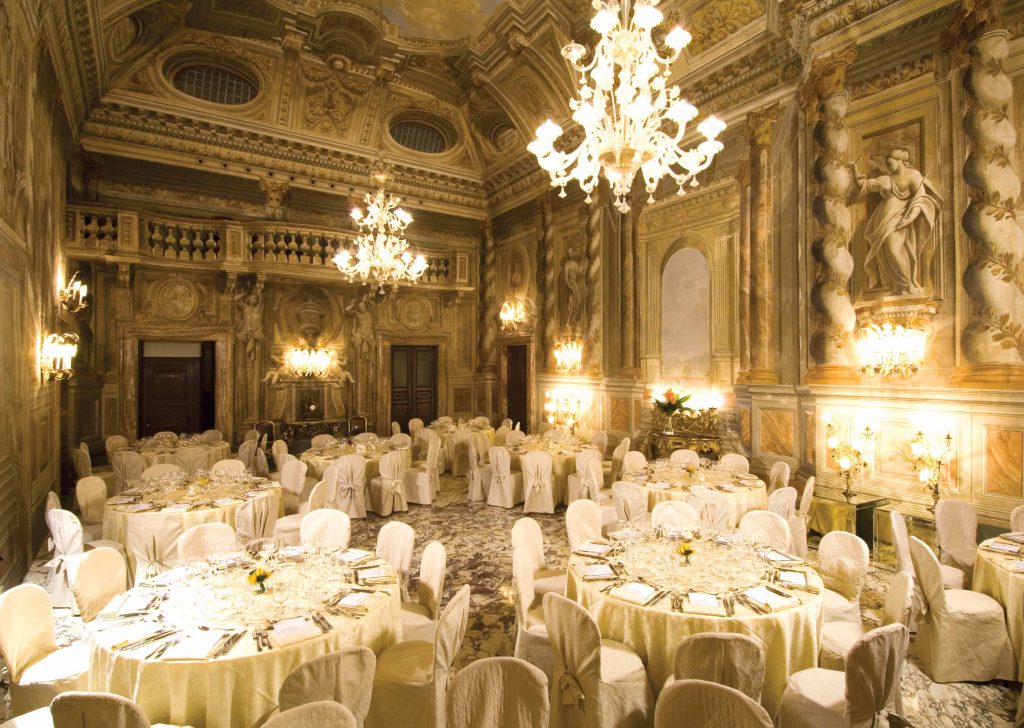 The hotel building originally belonged to Ghinibaldo Saraceni, husband of Dante’s Sapia who, according to tradition, died there in 1274. The original name was Locanda delle armi d’Inghiterra (Tavern of the Arms of England) and it was very successful in the early twentieth century. The wrought-iron sign, in nineteenth-century Sienese style, is still there. 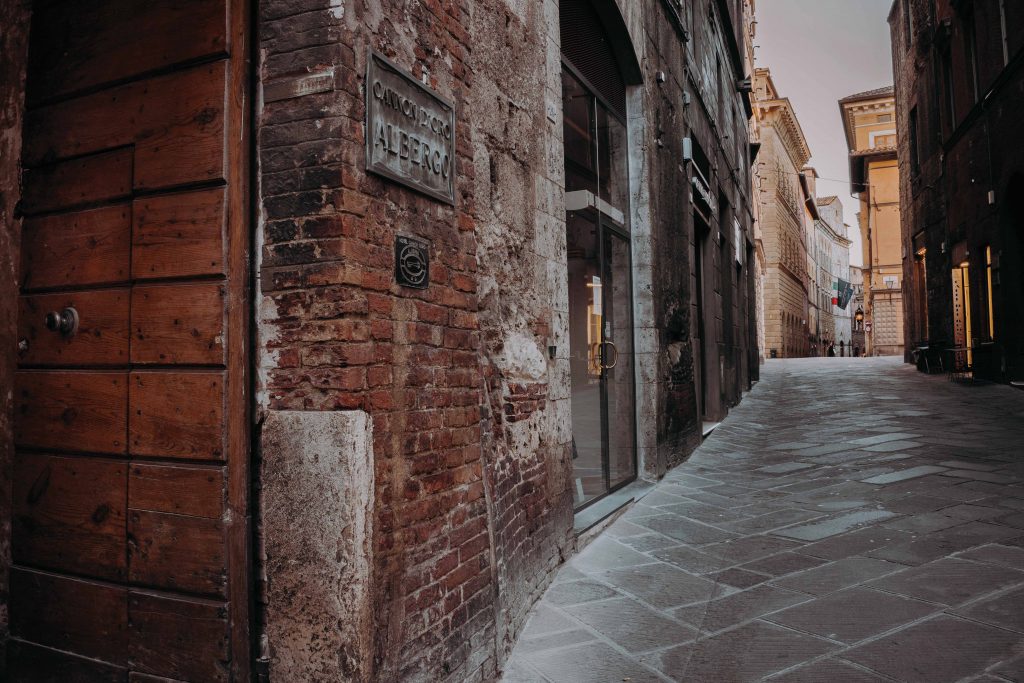 The building was built in the mid sixteenth century, probably to a design by Bartolomeo Neroni, nicknamed “il Riccio” (“Curly”), and passed in the eighteenth century to the Zondadari family. In 1875-76 the building was transformed into one of the most important and modern hotels in the city: the Grand Hotel Royal, very popular with travellers because it was close to the Giardini della Lizza (Lizza Gardens). Inside the building, now back in domestic use, you can still see a beautiful Liberty-style (Italian Art Nouveau) cast-iron staircase, and outside the lovely iron lampstands are still in place. 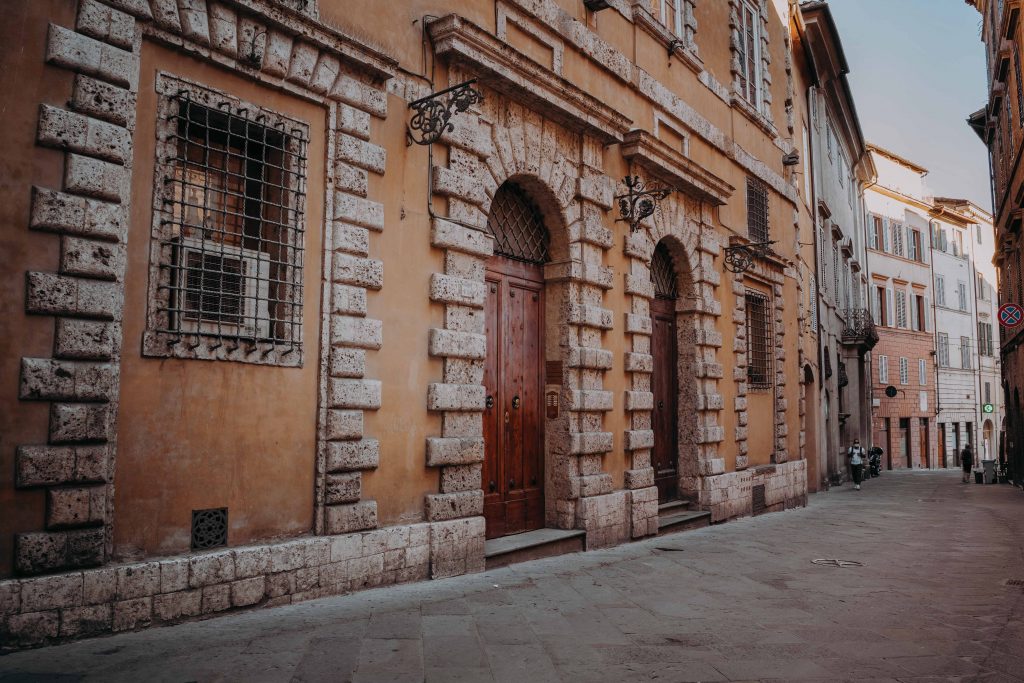 The building, which has now changed function, used to house the offices of the Franci company, an important Sienese wrought-iron works. Pasquale Franci started his business in 1845. When he became successful, he had this building designed by the architect Giuseppe Partini in neo-renaissance style. Towards the city walls you can still see the building that housed one of the Franci foundries, now transformed into a hotel and apartments. Nineteenth-century survivals include the ironwork on all levels of the façade, especially the showroom, and a wrought-iron winged monster in chains on the corner. 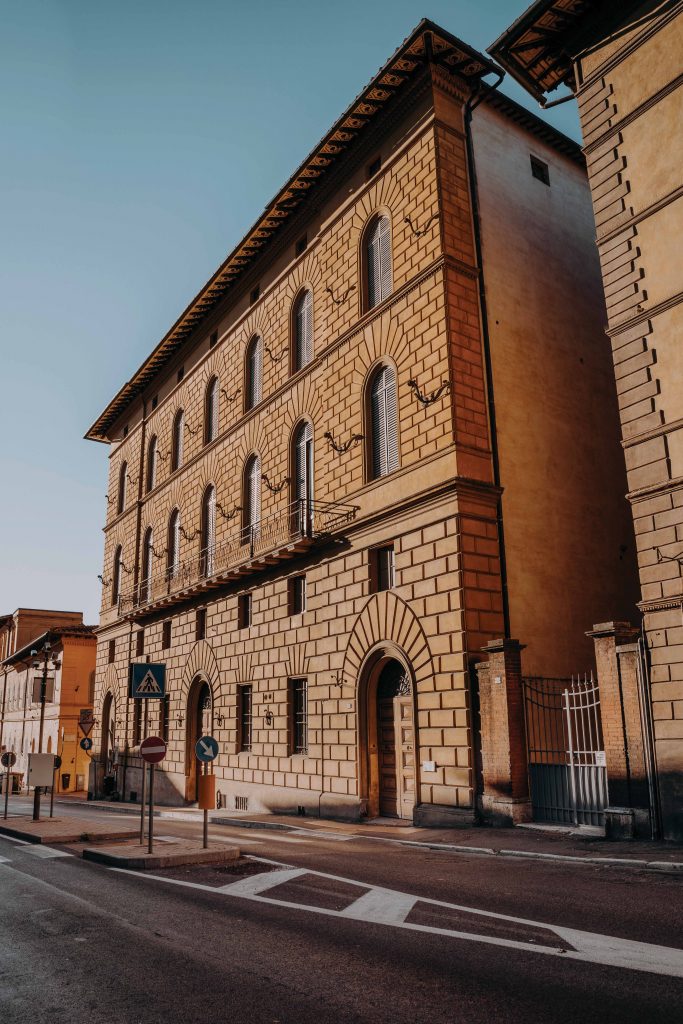