Discover Siena and its countryside along the Via Francigena

Trekking and Outdoor Via Francigena
53100 Siena, Province of Siena, Italy

This stage is 20.5 km and takes about 41⁄2 hours. Leaving the walls of Monteriggioni behind, you follow the white roads through the low Sienese hills (montagnola) to the mediaeval town of Cerbaia. Along the way you will find places rich in history such as Camminata, Ponterosso (an old bridge with mediaeval foundations across a stream) and Uccellatoio.

Passing through scrub-land you reach the castle of the Chiocciola (snail), so-called because of the spiral staircase inside the round tower. The next stop is the Villa, another castle built to defend the area. From here you descend towards the Pian del Lago (Plain of the Lake), now drained but originally a karstic (limestone) lake. After the Cerretaie you are back on asphalt roads to Siena, entering through the Porta Camollia, the traditional entry point for the Francigena. Walk along the Banchi di Sopra to reach the end of the stage: Piazza del Campo, the Duomo (Cathedral) and the ancient Spedale di Santa Maria della Scala (Hospital of Our Lady by the Steps), where pilgrims were welcomed, healed and refreshed.

This stage is relatively short and easy but is complicated by the total absence of water and refreshment places. 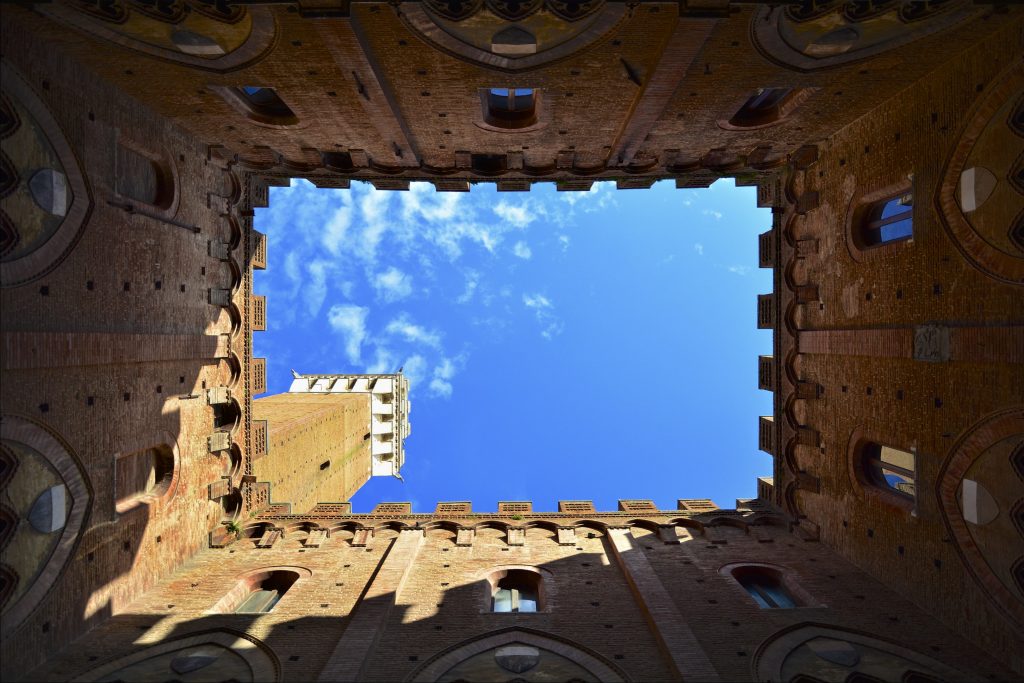 Pilgrims on the Via Francigena wanted hospitality and refreshment when they reached Siena. The Complesso Museale (Museum Complex) of Santa Maria Della Scala, an old hospital, welcomed pilgrims and maintained the poor and foundlings.

It is a beautiful building full of history that you can discover through the perfectly-preserved frescos in the pilgrims’ ward, built in the 1330s and frescoed in the mid-1400s. The scenes on one side tell both the legends and the true history of the hospital and those on the other side show its activities: welcoming pilgrims, curing the sick and helping the poor and orphans. 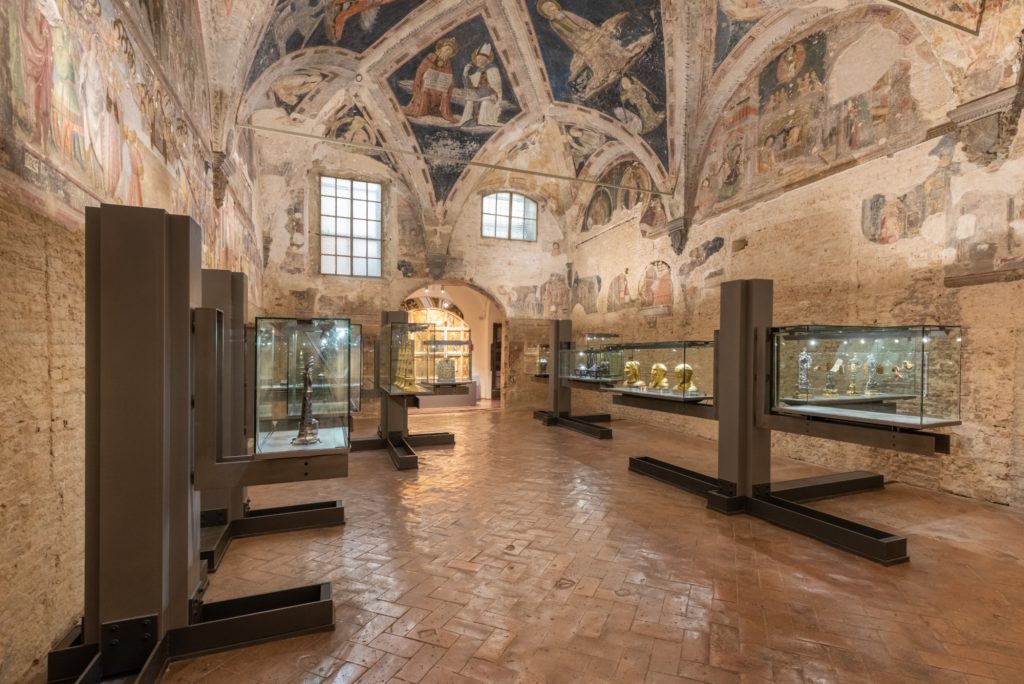