This is a challenging stage of 27.4 km, taking about 6 hours. After the first flat section you start climbing towards Buonconvento, a perfectly-preserved mediaeval town. The route shares a section of the via Cassia towards Montalcino, along the typical white roads, as far as Torrenieri, where you will find the Church of Santa Maria Maddalena (Saint Mary Magdalen), mentioned by Archbishop Sigeric in 990. This is the beginning of the glorious Val d’Orcia and the route climbs towards the end of the stage: the collegiate church of San Quirico d’Orcia. 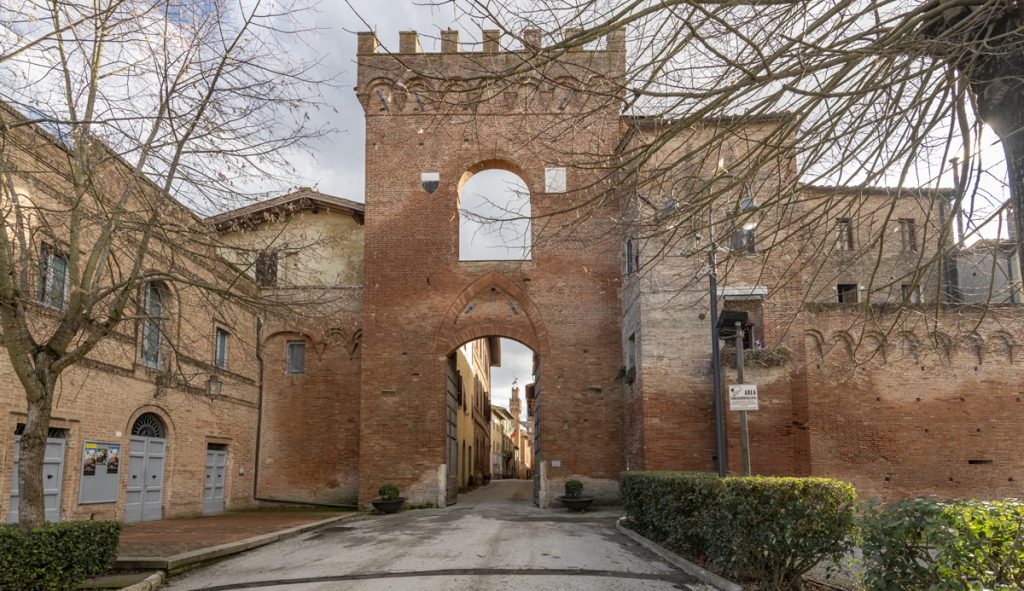 The town’s name comes from “Bonus Conventus”, meaning a good gathering of people, a fortunate place for the people who settled there, attracted by both the strategic position of the village and the fertility of the soil. This delightful town once had three hospitals welcoming wayfarers and pilgrims on the Francigena. It is originally eleventh-century; in the fourteenth century it came under the dominion of Siena, which had the surrounding wall built. Historically Buonconvento was a place of meetings and exchanges and the monumental historical buildings inside the fortress-town bear witness to its former importance. You can still see the 25 coats of arms of the powers that governed Buonconvento until 1270, perfectly preserved on the façade of the Palazzo Comunale.

At the end of a challenging walk you reach San Quirico d’Orcia, where you can visit the ancient parish church of San Quirico in Osenna.