Via Francigena: Cycling through the Terre di Siena

Bike tour Other activities Trekking and Outdoor Via Francigena

From San Gimignano to Radicofani you can travel a well-signed itinerary along secondary roads with little traffic, and above all along the legendary white tracks of the Siena region, which are maintained as part of its cultural heritage.

Travelling slowly along this route you become an actor in its story, enjoying its beauty metre by metre.

Travelling slowly allows travellers to look more attentively and understand the nuances of the region. You learn to read the layout of the famous historical towns, like San Gimignano and Siena, which developed along the route, and to be astonished by lesser-known small jewels like the Grancia di Cuna, whose steps were once climbed by donkeys, or the Vignoni Alta, whose door appears to look into infinity.

These dream images are amplified by being absorbed little by little, without hurrying. 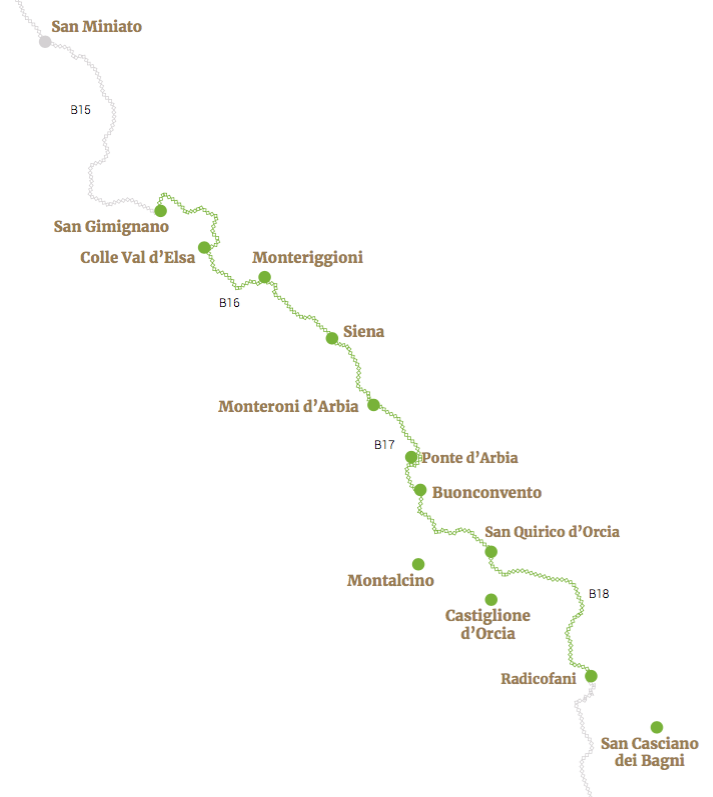 FROM SAN MINIATO TO SAN GIMIGNANO (to reach the Sienese stage) 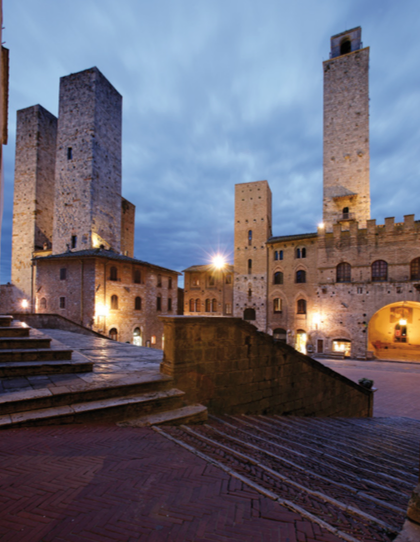 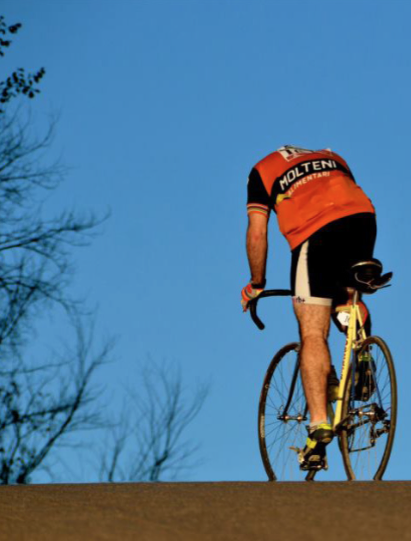 From San Miniato you descend into the Val d’Elsa before, on a flat stretch, you reach Castel Fiorentino. Immediately afterwards you start climbing towards the Pieve a Chianni, Submansione (vicarage) of Sigerico, in which there was a beautiful hostel, and then Gambassi Terme.

After Gambassi you climb again until you cross the SP4 Volterrana, which heads towards San Gimignano through the extraordinary beauty of the landscape in this area.

FROM SAN GIMIGNANO TO SIENA 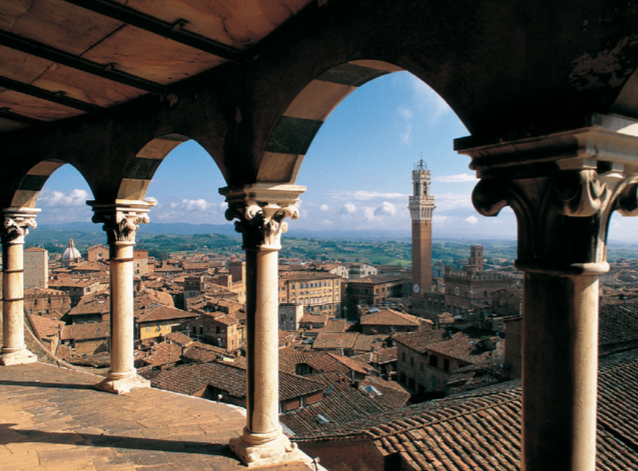 Leaving San Gimignano, after an up-and-down section, you reach Poggibonsi. From here the road climbs to Colle di Val d’Elsa, Gracciano d’Elsa and Strove, with its beautiful Romanesque parish church. You pass the splendid Abbadia a Isola complex before reaching Monteriggioni, with its unmistakable crown of towers.

Leaving the historical centre of Monteriggioni behind, you follow the white roads of the Siena hills towards Cerbaia, an ancient medieval village, now abandoned. Shortly before arriving at Cerbaia you go down towards the nearby Via Cassia, which takes you to Siena.

FROM SIENA TO SAN QUIRICO 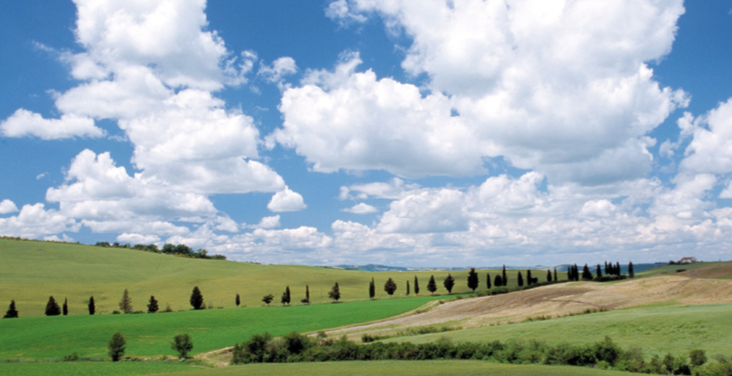 If you’re travelling on a lovely sunny day this stage can be unforgettable, with vast panoramas from the ridge of the Val d’Arbia accompanying you along endless white roads.

Behind you is the skyline of Siena, nestled in the hills on the horizon.

The Grancia di Cuna, an old fortified granary, is the main historical attraction on this stage. After the Grancia you go through Monteroni d’Arbia and Ponte d’Arbia.

After Buonconvento, whose historical centre is worth a visit, you start climbing. You follow the provincial road to Montalcino, leaving it to enter the dream landscape of the Val d’Orcia, along a white road that takes you to Torrenieri. From here you use a stretch of the via Cassia, unadopted but still asphalted, to reach San Quirico, whose beautiful collegiate church welcomes you.

Water and refreshment points only in towns and villages.

FROM SAN QUIRICO TO RADICOFANI 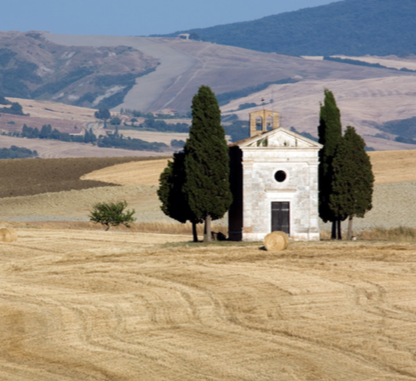 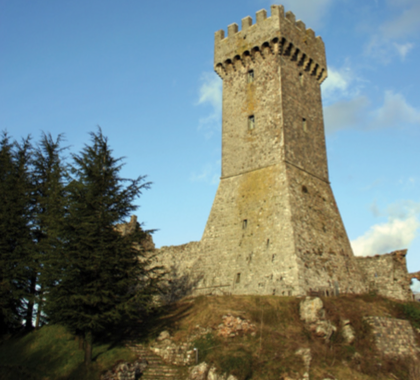 Riding through the enchanting landscapes of the Val d’Orcia, the first pearl of the day is Vignoni Alto, a village from another time, followed by Bagno Vignoni, with its amazing thermal swimming pool in the square. A visit to the historical village of Castiglione is worth the detour. From Bagno Vignoni a tarred road and a long rise take you to Radicofani.

ATTENTION: The route between San Quirico and Bagno Vignoni includes a very steep descent on a dirt track. If you are not an experienced off-road rider, we recommend you follow the alternative route on the Via Cassia.