Cities of art like Siena display their history through their artistic treasures, but a city is a living entity that is more than the sum of its monuments. Siena’s traditions have strong roots, still seen in the work of her craftspeople, who produce fine goods with a connection to the region.

In the city’s mediaeval streets, an observant traveller will discover plenty of little businesses that are stores of ancient knowledge and modern passion.

Painters, ceramicists, photographers, metalworkers and many others create artistic products typical of Siena’s urban and social landscape. The artists’ knowledge and skill are exciting for both travellers and Sienese. Stopping to watch a master at work takes you back through the centuries, when these same skills were applied by the masters of Sienese art.

Holidays are a time of escape but also of enrichment by the beauties of a region. Taking a quality Sienese product back home with you will reawaken memories of your holiday well after it has ended. 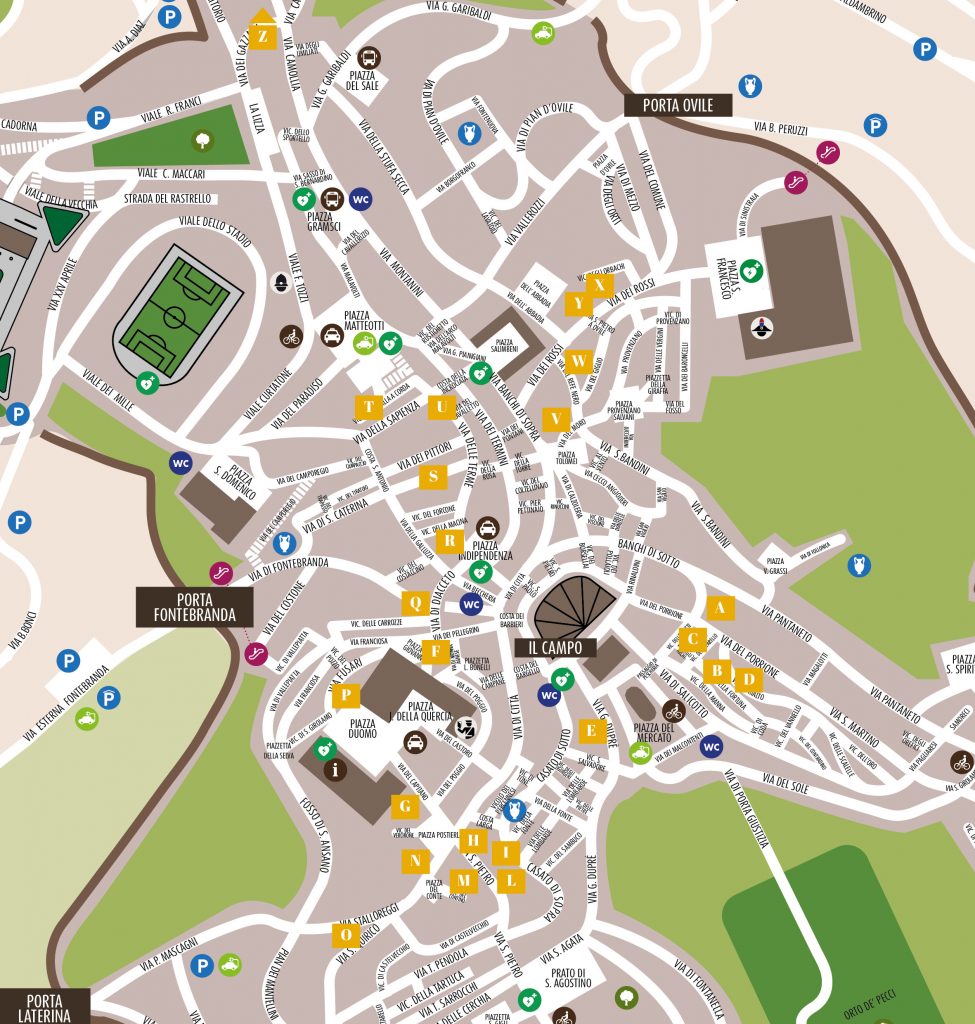 A tinsmith’s shop dating from the early nineteenth century and still run by the same family. Over time it has moved on to working with iron and other metals, still using the original forge. 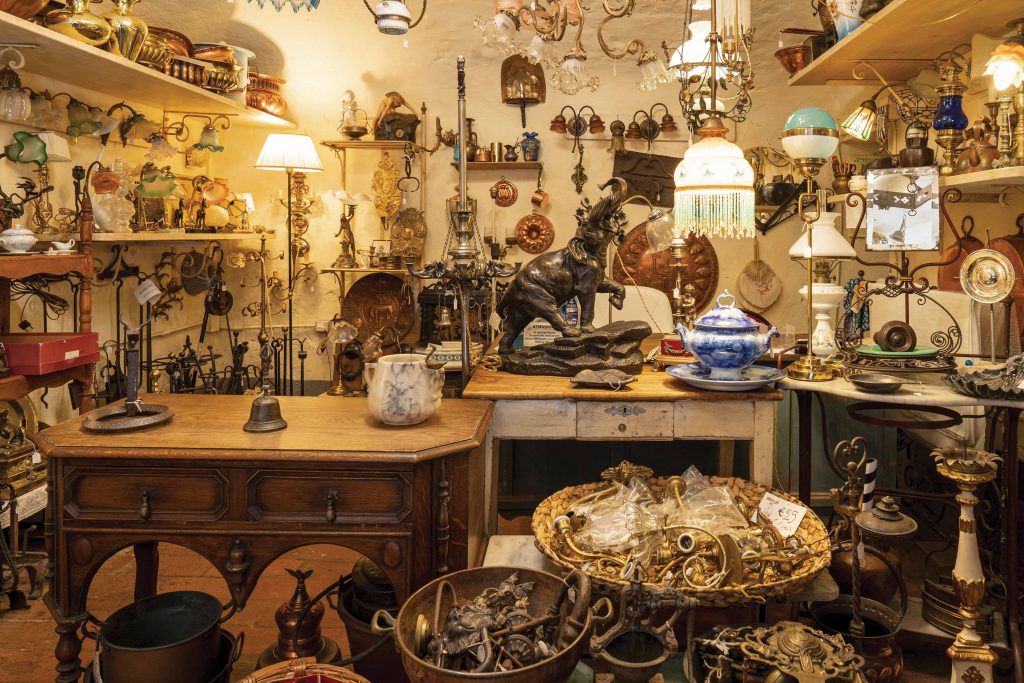 Continuing the traditions of her metal-working family, Laura Brocchi specialises in embossing and has created numerous works in the Sienese tradition. Designer of 5 “masgalani” (the prize for the best turned-out Contrada in the Palio parade), she also painted the 2015 Palio banner. She creates embossed metal-ware, pictures, drawings and bas-reliefs. 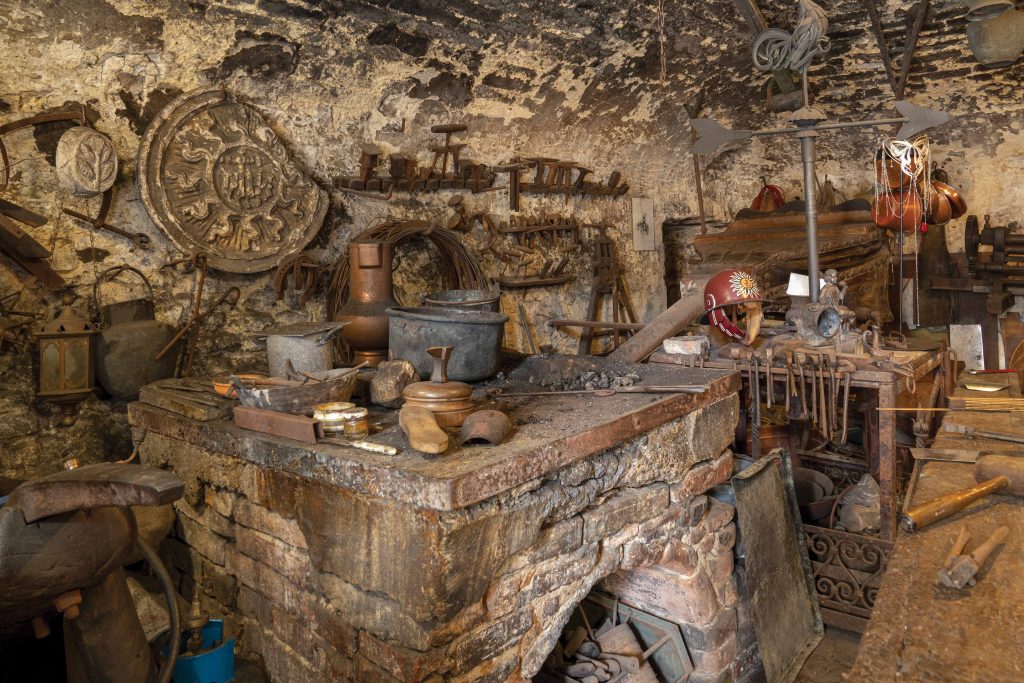 He has been working for years on the restoration of the inlaid floor in Siena Cathedral and keeps examples in his shop of the marbles used to create it.

Originally from Turin, Pietro Tonnicodi specialises in weddings and the Palio races. His photographs appear in the local periodical La voce del Palio. 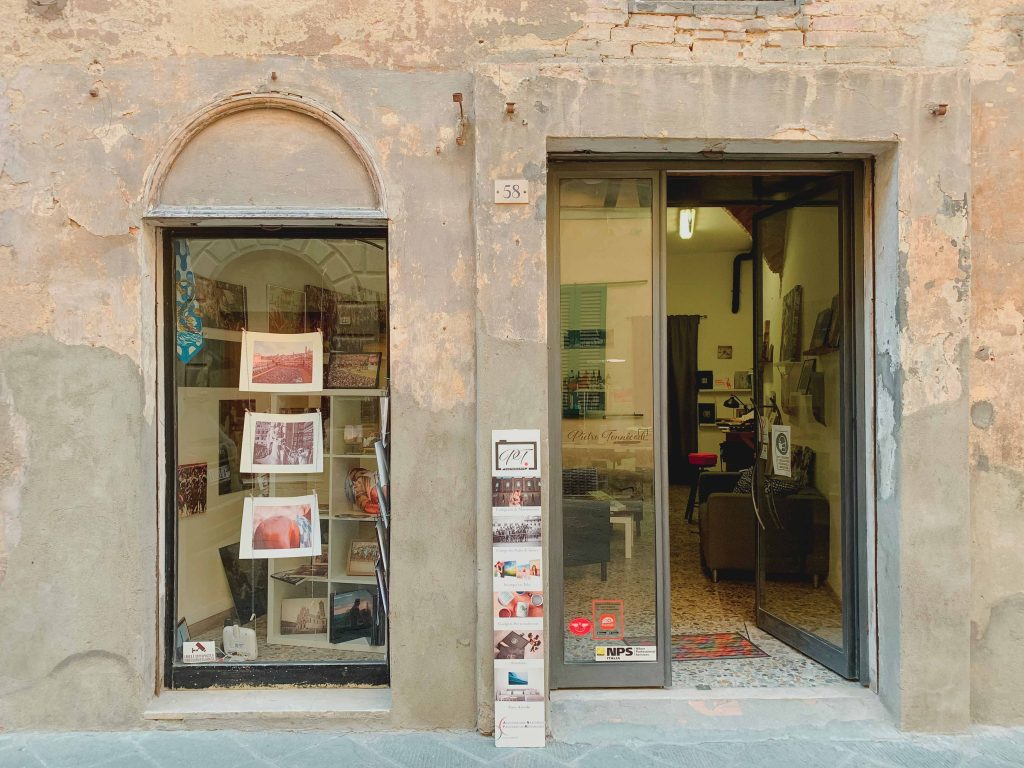 Marco Caratelli studied at the Istituto d’Arte di Siena, producing solo and joint shows. He paints and sells reproductions of Sienese art in the style of the great Sienese painters of the past. Specialising in the technique of egg tempera, he creates copies of fondi d’oro (literally “gold backgrounds”) that bring back to life the atmosphere of mediaeval Siena. 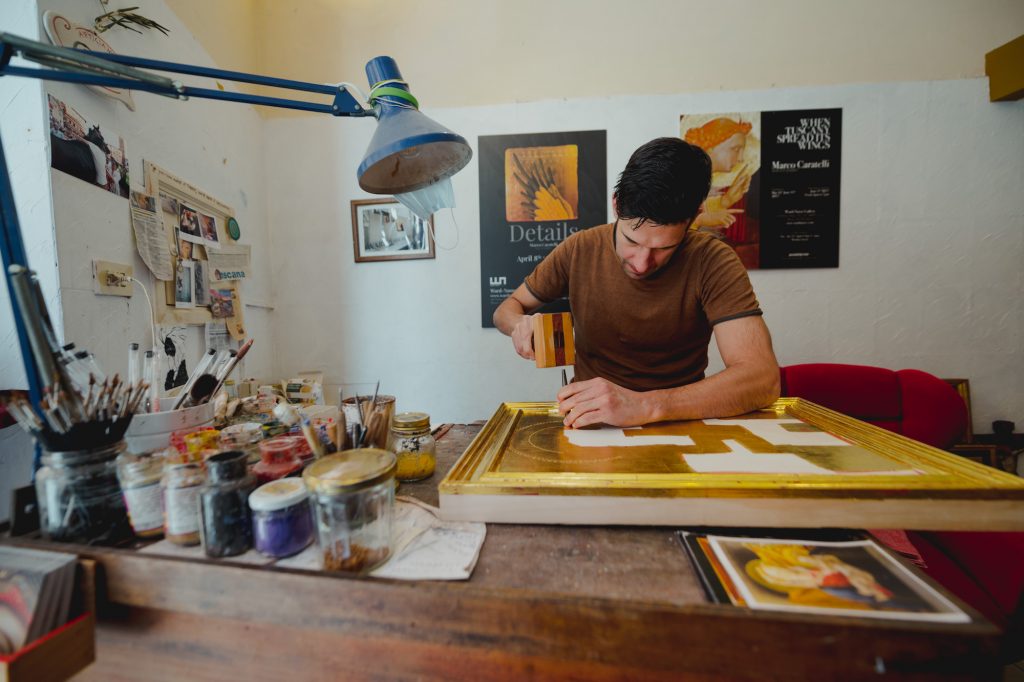 This artistic ceramics business was founded in 1979 by Marisa Martini, mother of the present owner, Leonardo.

They produce objects on commission that are exported all over the world. 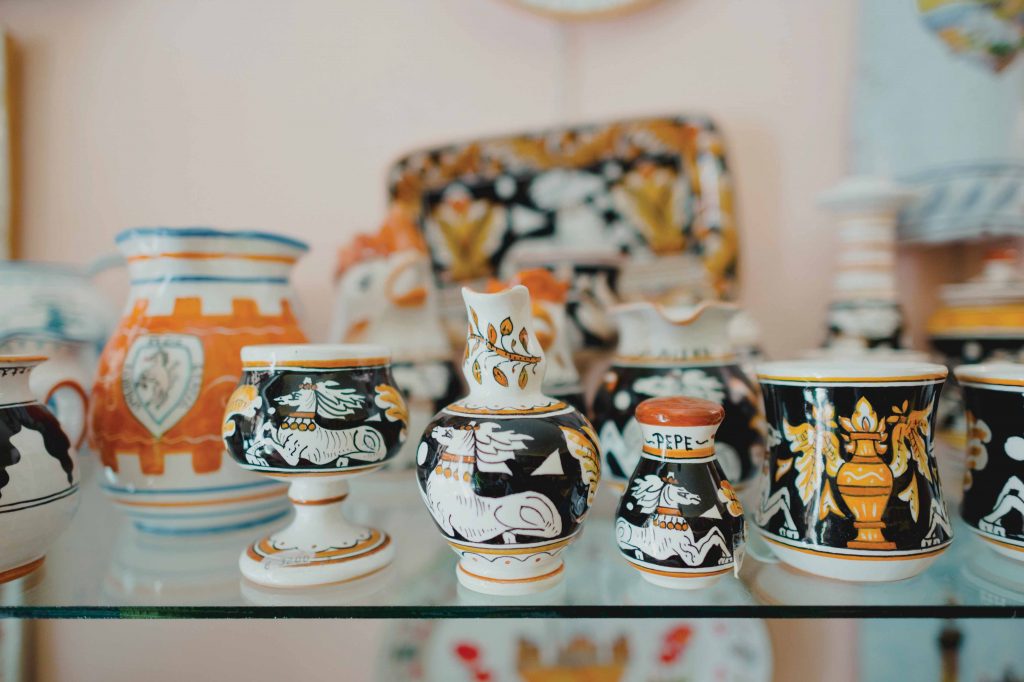 Simone Bocci sells all sorts of hand-made artworks from the Siena region: barberi (wooden balls connected to the Contrade and the Palio), ceramic plates, wooden objects, and flags, all with the Contrade (Siena districts) and the Palio as their theme. 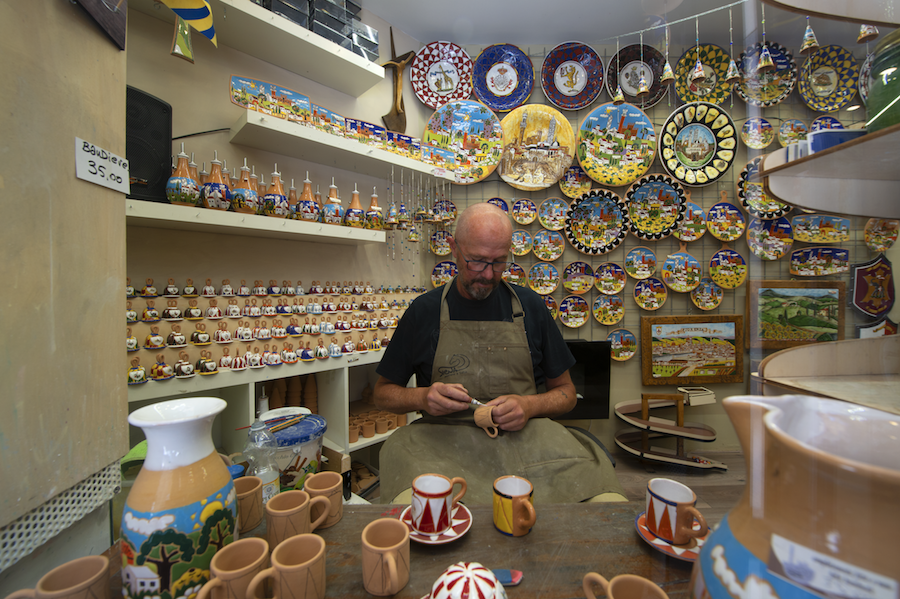 Trame di Storia is an artist’s workshop producing hand-woven clothing and accessories, using the hand-loom you can see in the shop. They also make clothes and accessories for historical re-enactments. 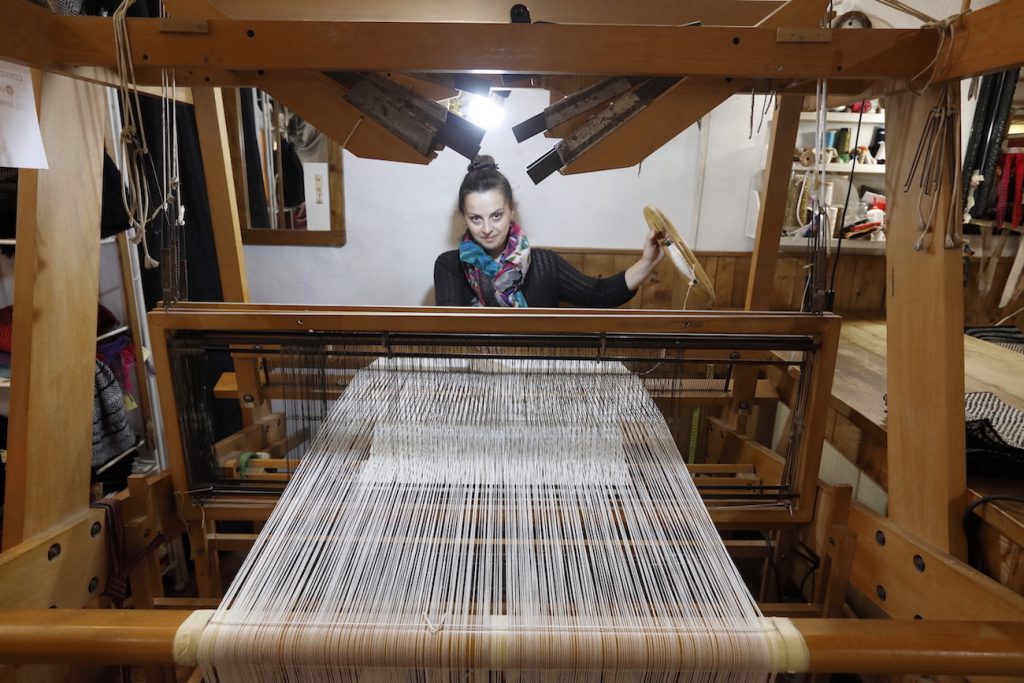 Artist’s workshop with a permanent display of the owner’s artworks. In her pictures, Del Lungo is inspired by the city of Siena and its surroundings, which she uses in a very personal way on various media, such as canvas, wood, earthenware tiles, etc. 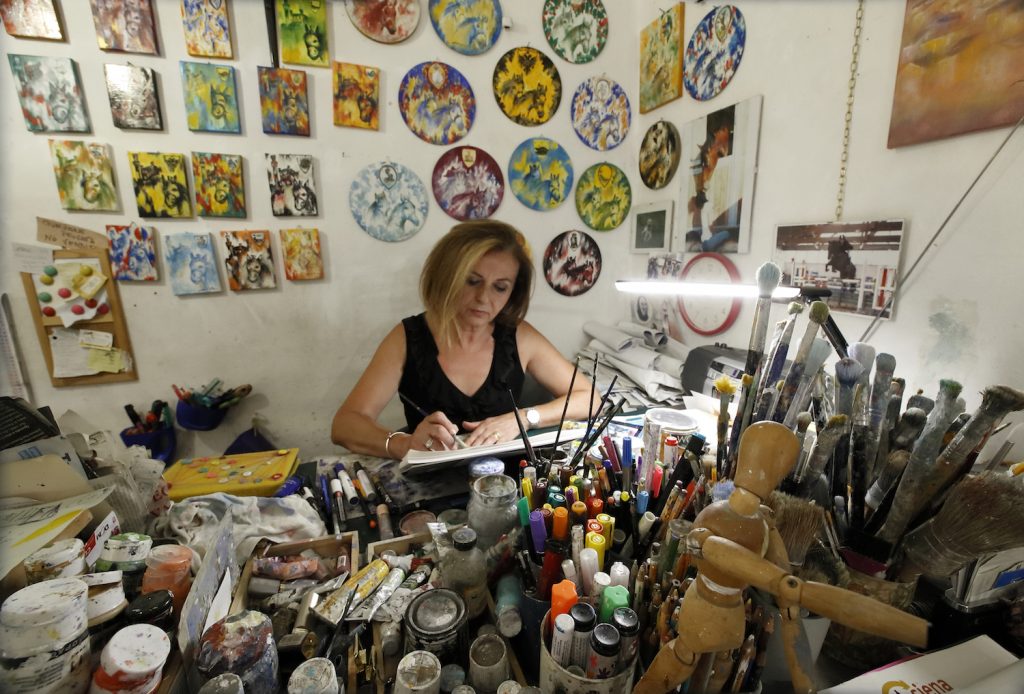 Sator Print was founded in Siena in 1999 as an art restoration and binding workshop; over time it has become a multi-disciplinary studio.

He also paints miniatures, initial letters and copies of pages from Renaissance Books of Hours, using the same techniques as the old scribes. 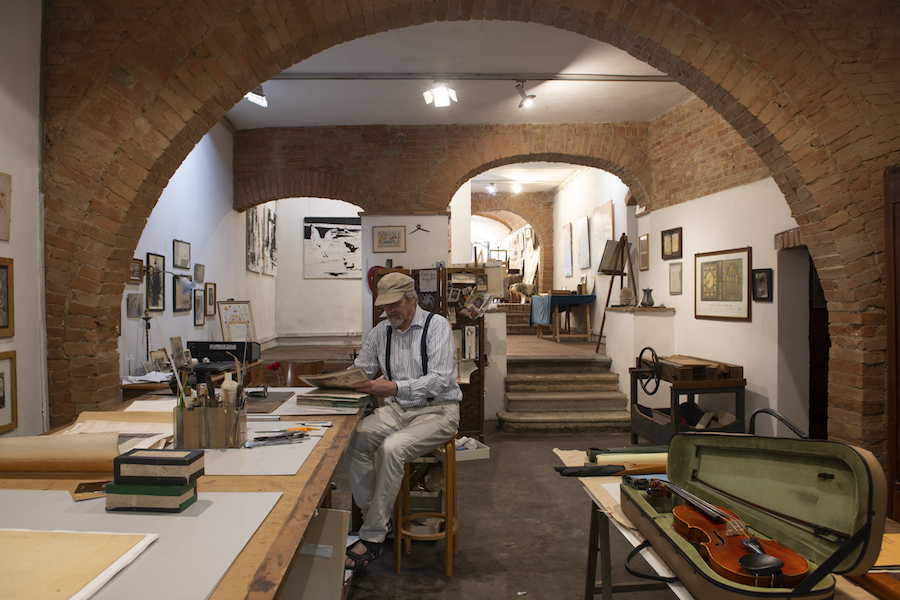 Chiara, Paolo and Michelangelo Perinetti Casoni produce, sell, and teach people how to create pictures inspired by the works of the great Sienese artists. They teach all the original techniques and methods of the Gothic and Renaissance schools and of the fourteenth- and fifteenth-century fondi d’oro. 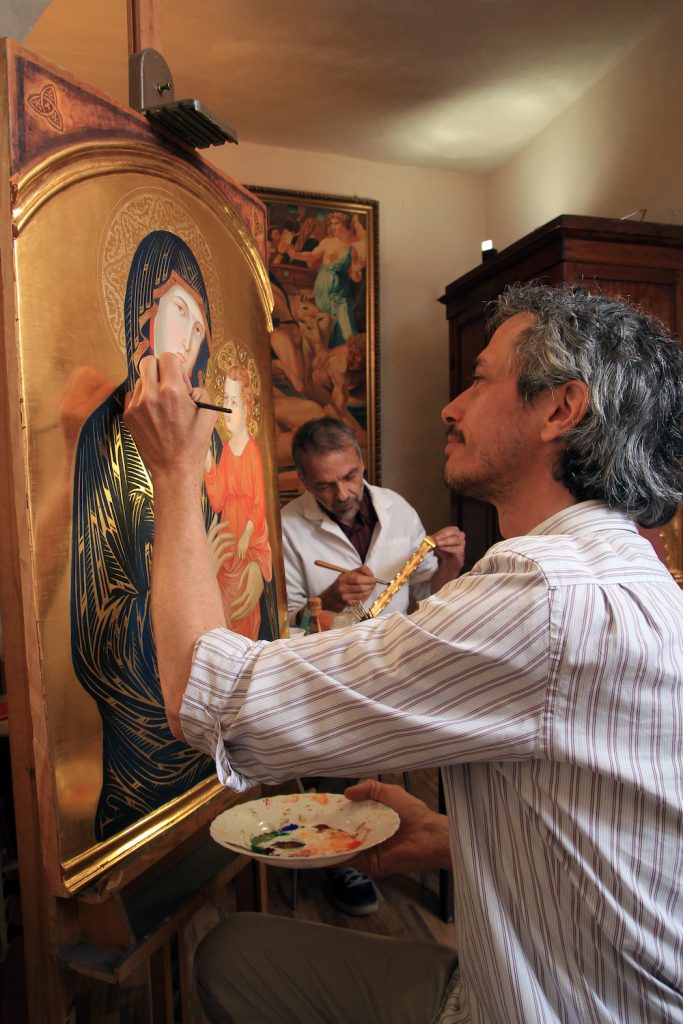 This artistic ceramics shop was founded by Walter Staccioli, father of the present owner, Sonia. A graduate of the Istituto d’Arte di Siena, Sonia and her sister Giada create ceramic objects following the old Sienese tradition. 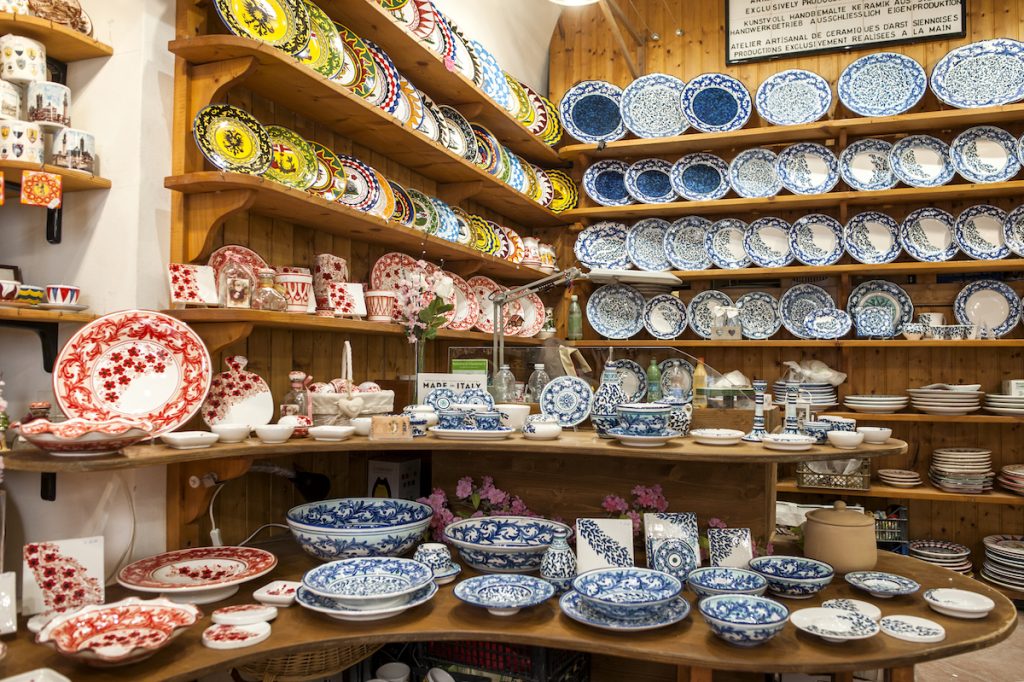 The photographer Paolo Carta produces images of the Palio races, artistic photos and “portraits” of the city of Siena and its surroundings. 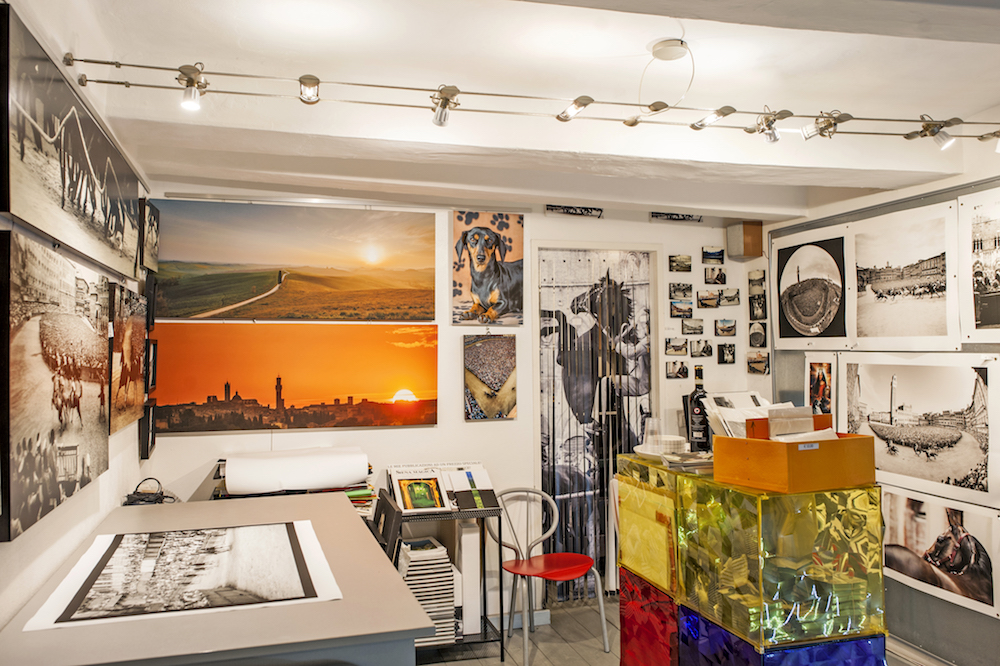 Marco Donati has a huge archive of analogue and digital images of Siena, the Palio, local places and Tuscan landscapes.

In spring and summer he organises photographic workshops for limited numbers of people, to teach the techniques of reportage, landscape and architecture photography in some of the most beautiful places in the province of Siena.

Luca Pollai is a graduate of the Istituto d’Arte di Siena, where he studied advertising graphic design. He now creates traditional Sienese pictures and objects. 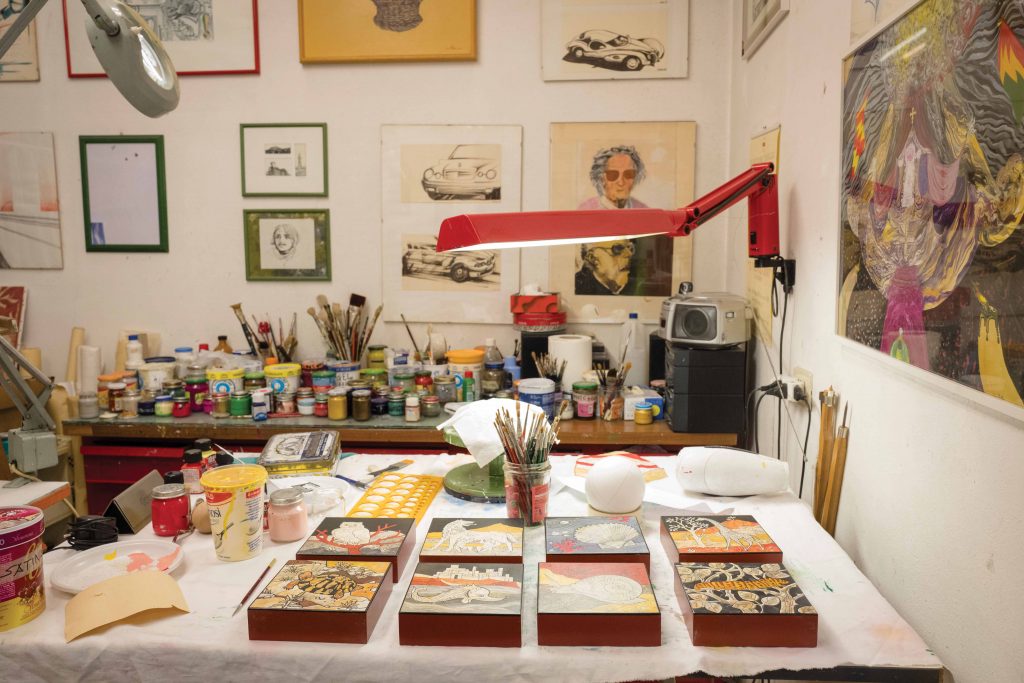 The owner began his business in 1967. In his tailor’s workshop, the only one of its kind in Siena, he creates made-to-measure garments, which can be admired in the shop window in front of the historic building of the Biblioteca Comunale degli Intronati (Public Library). 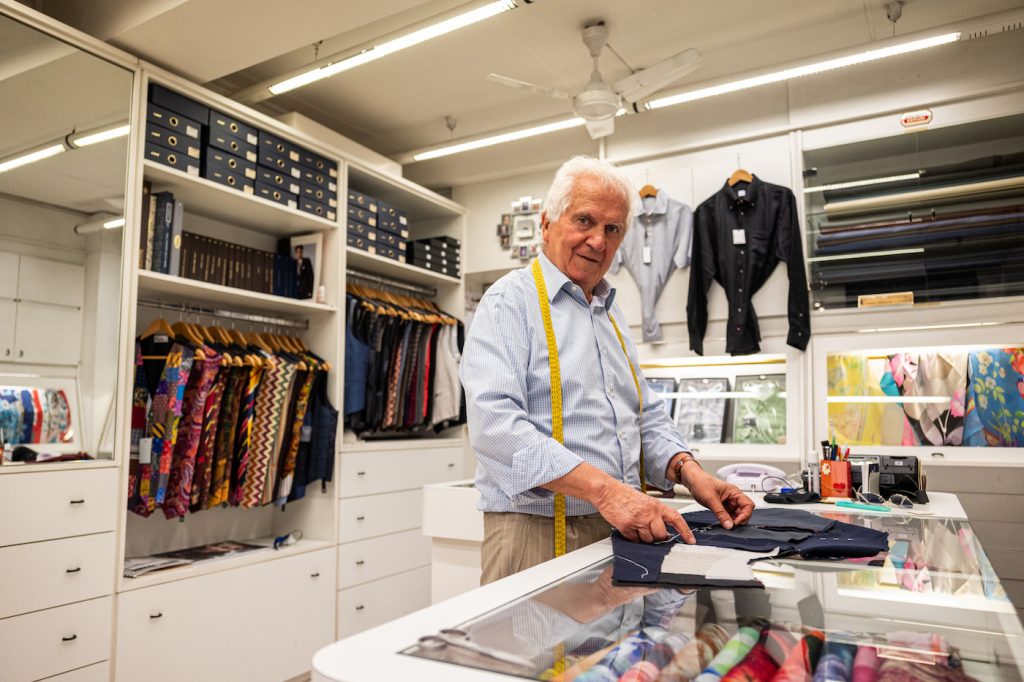 Artistic workshop where original gold and silver jewellery is created, inspired by fables and nature. The owners also work to order and produce jewellery inspired by the symbols of the Contrade of Siena. 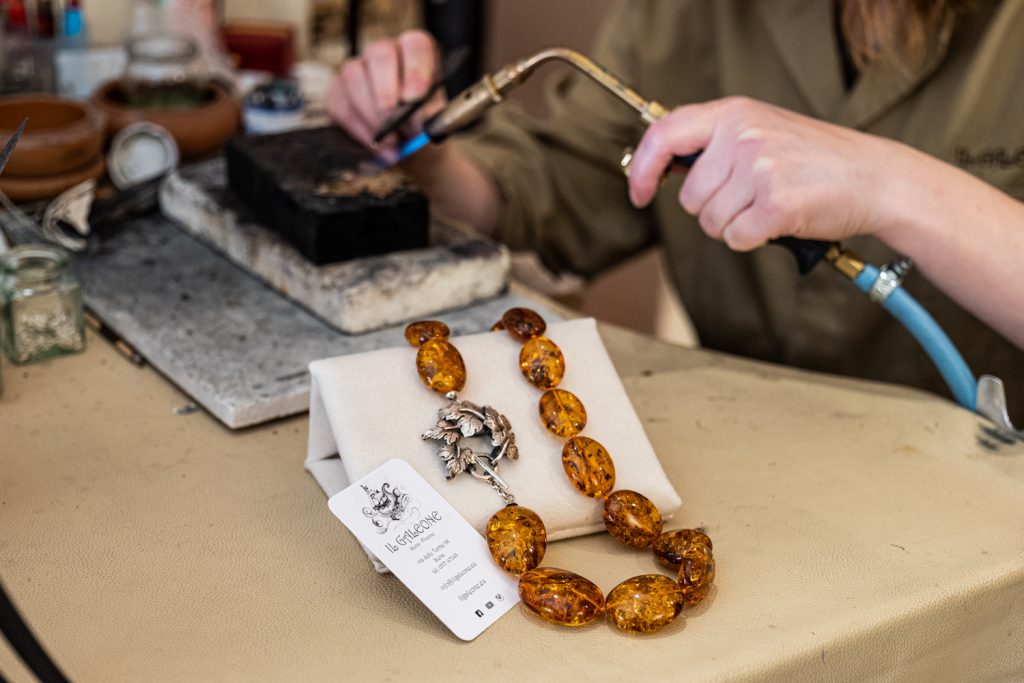 Giulia Brogi is a photographer, mainly of weddings but also of the Palio. 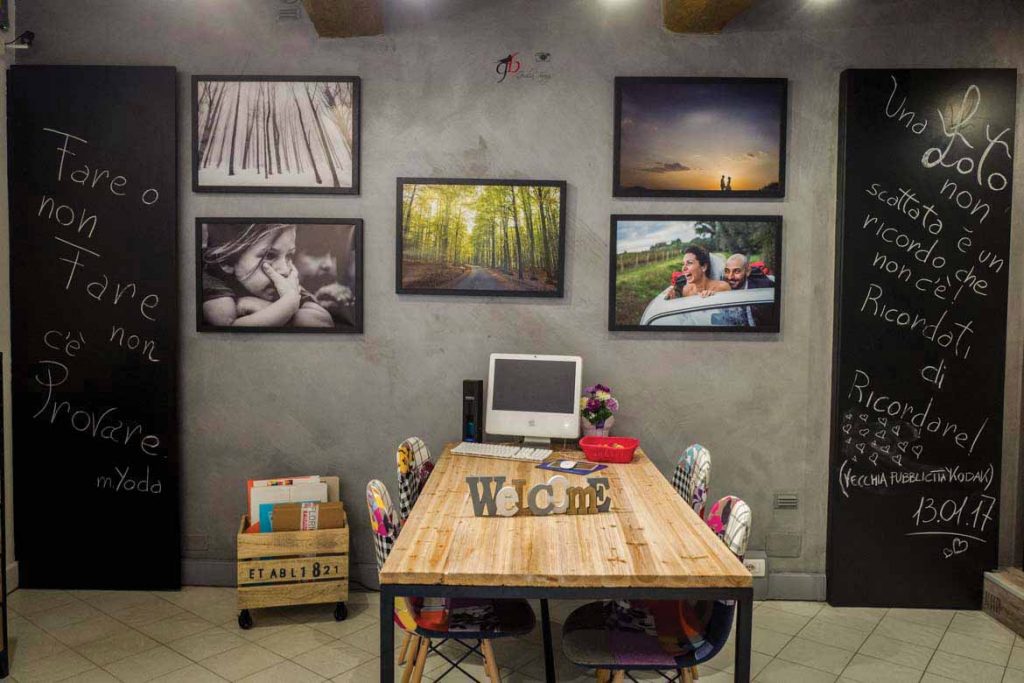 Fabio Lensini began his photographic career in 1964 at Foto Grassi di Siena as a news photographer for the city’s papers.

In the late ‘70s he began photographing sculptures, paintings and frescoes, working with the major Sienese cultural institutions.

In 1984 he opened his own photography studio, taking the Grassi archive with him: thousands of photos of Sienese art and landscape. With his son, Andrea, heir to the family tradition, he takes photos of art and of the Palio. 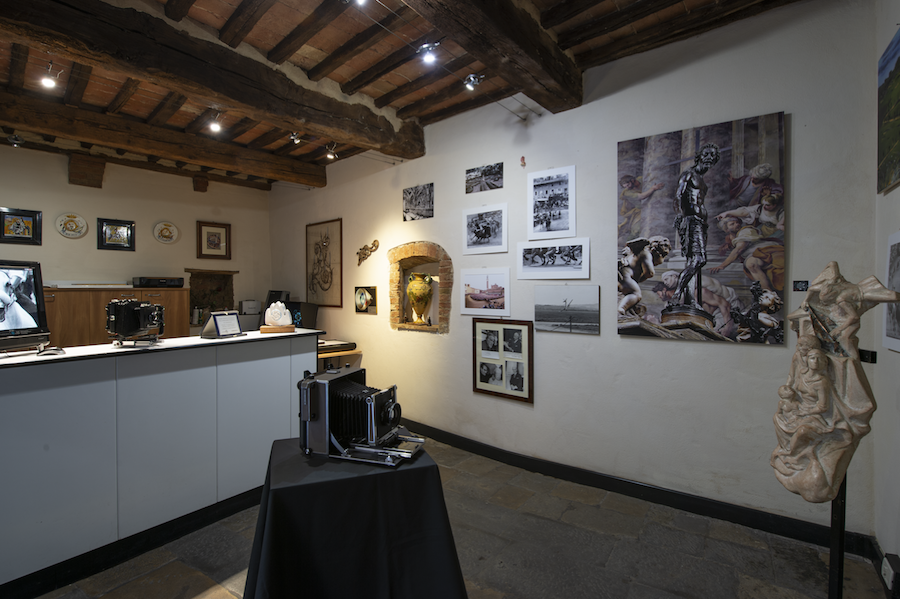 Heir to an old business of crafting artistic artefacts in gold, situated in Via della Sapienza, Roberta Crociani still practices this ancient art in her shop. She makes golden objects to order in her workshop. 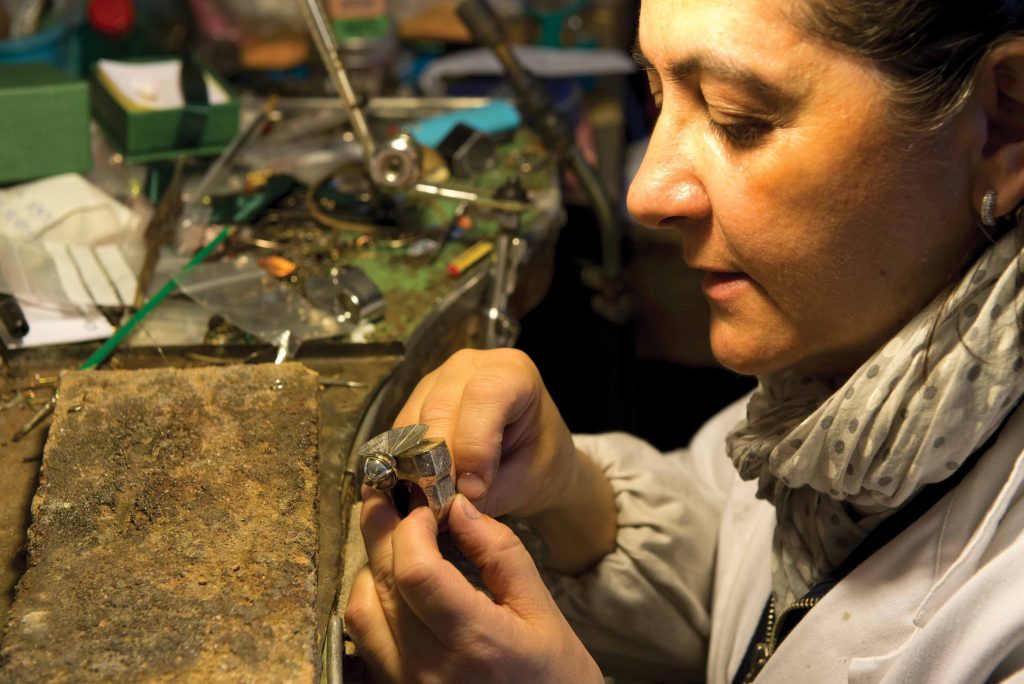 Andrea Sampoli began his photography career in the world of art and artisan photography, working with various magazines and galleries. He photographs landscapes, particularly in Tuscany, the Palio, and weddings. 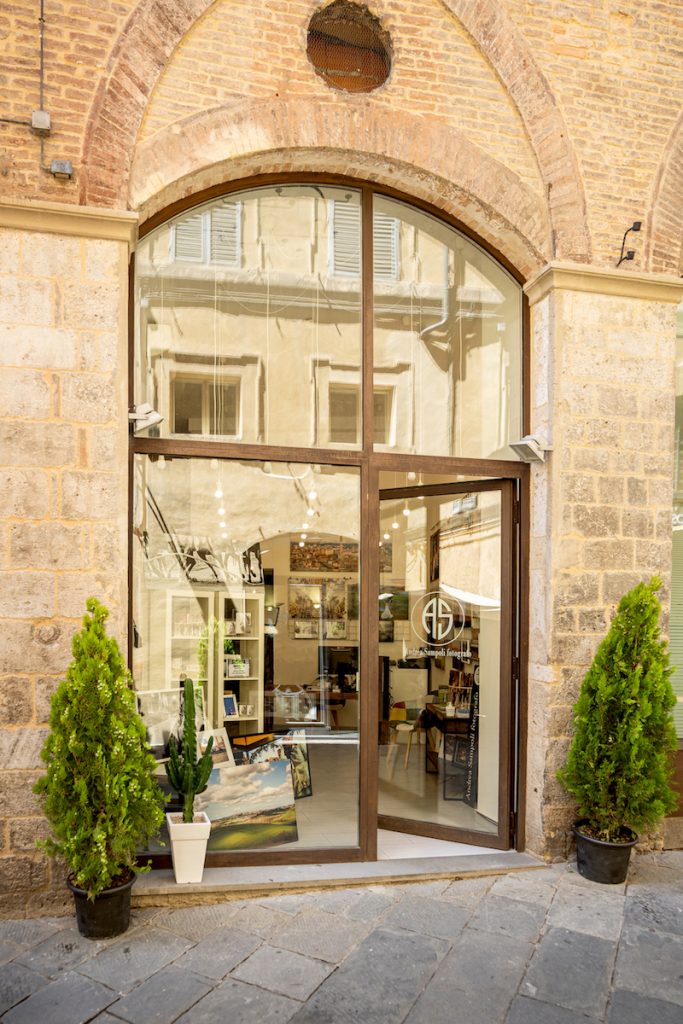 Alessandro Stella creates made-to-measure shoes in his craftsman’s workshop, following every moment of the work. The products are original creations with the trade-mark Sartoria del Cuoio (tailors of leather). 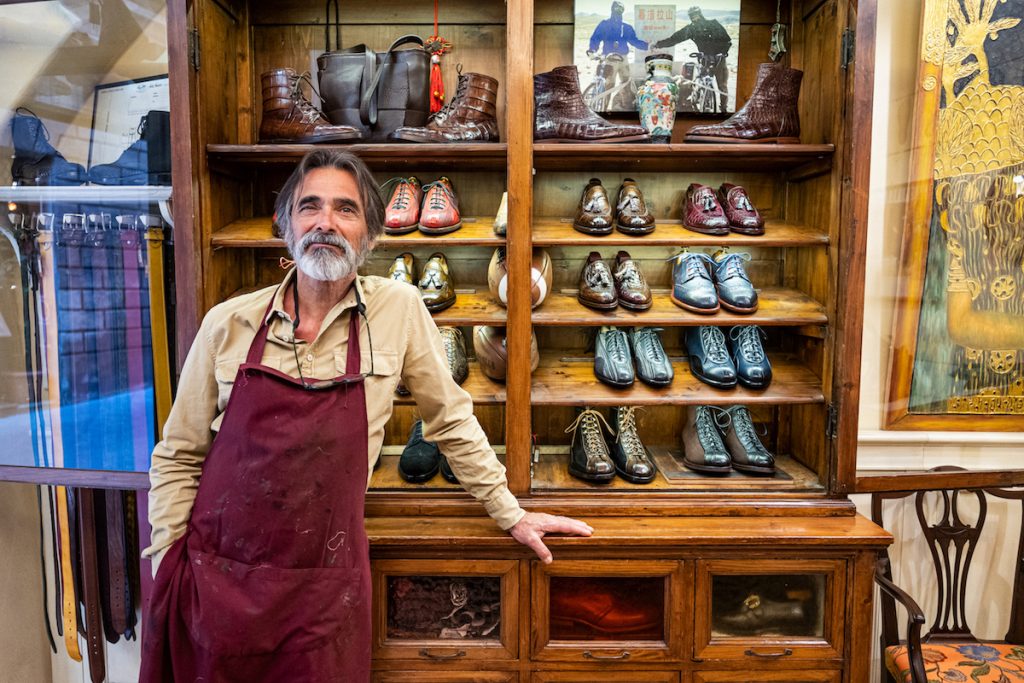